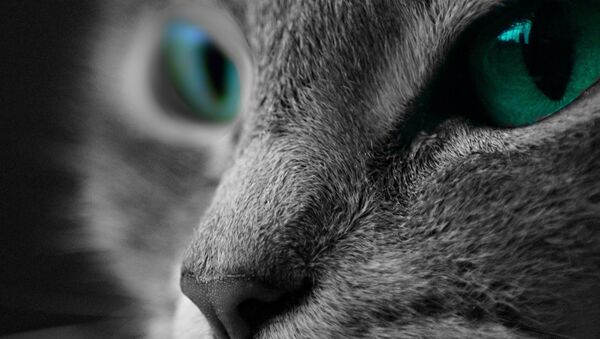 © Photo : Pixabay
Subscribe
International
India
Africa
Hurricane Irma reduced islands to rubble, flooded streets and knocked out power for millions of homes and businesses - but in spite of all the destruction, all 54 six-toed Hemingway cats were just fine.

"The cats seemed to be more aware sooner of the storm coming in, and in fact when we started to round up the cats to take them inside, some of them actually ran inside, knowing it was time to take shelter," David Gonzales, curator of the Ernest Hemingway Home and Museum, told MSNBC Monday.

The fuzzballs, many descendants of the "For Whom The Bell Tolls" writer's cat Snow White, emerged unscathed along with 10 employees of the museum.

"The cats are accustomed to our voices and our care. We love them, they love us," Gonzales added. "We all hung out together."

In Hemingway's Footsteps: What the Cuba Thaw Means to an Average American
Ernest Hemingway's former house is perched on distant Key West at the southwestern tip of the Florida Keys, an island chain south of the Florida mainland over which the eye of Hurricane Irma, then a powerful Category 4 storm, passed Sunday morning.

According to the dedicated curator, who refused to leave the island despite Mariel Hemingway, the writer's granddaughter, pleading for employees to leave the home ahead of Irma's landfall, there was never an immediate concern since the museum wasn't in a flood zone.

"This is an 18-inch block-limestone building that has been here since 1851 and is still standing," Gonzales said Thursday, prior to being faced with Irma. "We answer to a higher authority, and we feel very confident the outcome for us is going to be very good."

Despite not having running water, internet service or electricity, the loyal Gonzaleses said that thanks to a generator they did have air-conditioning.

The famed American novelist was first given a six-toed white feline by a ship's captain, according to the museum.