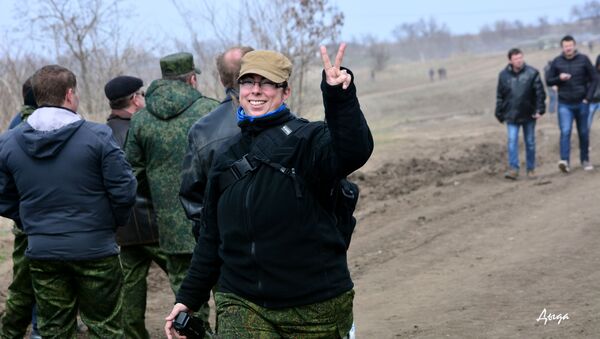 Christelle Neant, a Frenchwoman who got sick of the 'pro-Kiev propaganda' she found in French media about the conflict in eastern Ukraine, decided to travel to the war-torn region to find out what was really going on. She spoke to Sputnik about what she discovered.

Tired of watching mainstream media coverage on the 'slow-burning' civil war in the Donbass, Neant traveled to Donetsk in March 2016, and ended up staying ever since. She got a job at DONi News, the Donetsk People's Republic's official international news agency. The portal serves as a source of information and contact center for journalists and foreign visitors looking to find out about the real situation from on the ground in the region.

Speaking to Sputnik France, Neant shared her impressions about the people she's met, and the conflict which presently seems to have no end in sight.

"I did this to refute what's written by most media outlets, particularly French ones. They publish a lot of nonsense and plain lies about this conflict. My goal is to show the reality on the ground," she said, explaining her decision to work for DONi. Neant is also a contributor for the French anti-mainstream news resource AgoraVox.

Kiev Should Amend Law on Donbass Before Deployment of UN Peacekeepers - Moscow
Neant said that she wanted to listen to and give voice to the region's residents, "whom the regime in Kiev calls terrorists simply because they refused to recognize the Maidan coup d'état."

Commenting on the conflict in the region, the journalist said that notwithstanding the Minsk agreements, "the Ukrainian army and especially the ultranationalist battalions (if not to say neo-Nazis) do not observe the cease-fire regime."

This was the case in spite of rigorous efforts by the Donetsk and Lugansk People's Republics to observe the ceasefire, she added.

"DPR and LPR command severely punishes any unjustified violations of the ceasefire regime, because authorities in both republics support a peaceful resolution to the conflict, and soldiers strictly abide by the ceasefire," Neant said.

The journalist stressed that from on the ground in Donetsk, it's obvious that Kiev is deliberately trying to delay or even sabotage the Minsk contact group's meetings through "intensified bombing by the Ukrainian army on the eve or even the day of the meetings, after which they can complain that the ceasefire is not being observed." 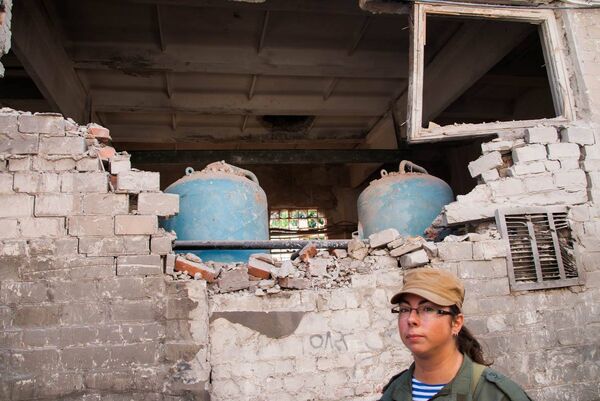 Furthermore, Neant believes that all the recent initiatives by the Ukrainian side confirm that Kiev now hopes to break with the Minsk agreements "and to reestablish control over the Donbass through the use of force," even though local civilians unanimously favor a peaceful settlement.

Putin Warns US Against Lethal Arms Deliveries to Ukraine
Such appetites in Kiev could be supported by Washington, especially if the latter starts supplying Ukraine with lethal weapons, the journalist worries. "As soon as the US officially starts delivery of lethal weapons to Ukraine, Kiev will launch an offensive against the Donbass, confident of its support from Washington," she said.

Commenting on the claims in Kiev, Europe and Washington that Russia is behind the entire conflict in the Donbass, Neant stressed that these were absolutely absurd to hear for someone that's actually on the ground in the region.

"I have been here for 18 months, and have not seen a single Russian military unit, nor any equipment belonging to the Russian army. Russia cannot 'return' something it has not taken," the journalist stressed, commenting on German Chancellor Angela Merkel's recent remarks that anti-Russian sanctions would be lifted as soon as the Donbass was returned to Ukraine.

"Mrs. Merkel's position contradicts the UN Charter and the right of people to self-determination. Taking account of the fact that Russia did not seize Ukraine, these sanctions are completely illegal and illegitimate. Russia is being punished for something it is not responsible for," she added. 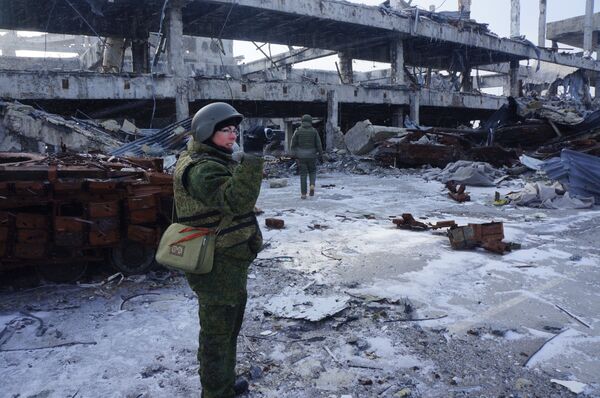 Neant mused that unfortunately, the views of the majority of the local population in the Donbass apparently don't coincide with those of the Western-led 'world community', since people do not want to return to a Ukraine that's waging a war against its own population and imposing an economic, administrative and energy blockade against them.

"One day on the front, a DPR soldier told me: 'I can never again live under the flag of a country that's trying to kill me every day'. One could not put it more precisely," Neant said.

Asked about her plans for the future, the journalist said: "I want to stay here, even and especially after the war. I have met wonderful people here who defend the same values as myself – people with big hearts who have become like a second family for me."