Drones Delivering Dirty Bombs Could Be the Next Terror Threat 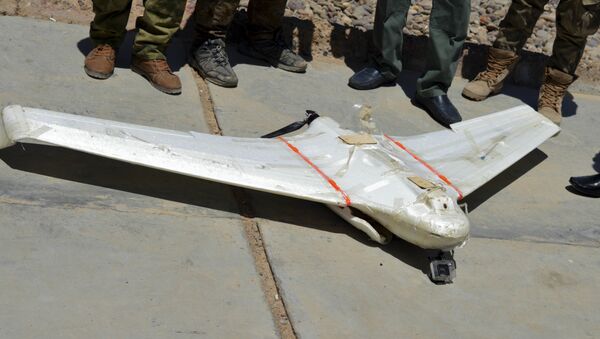 Daesh terrorists have attached improvised explosive devices to commercially available drones in the past to conduct terror strikes, but the next threat may entail dropping dirty bombs from cheap unmanned aerial vehicles, a senior German intelligence official said this week.

Globally available drones that can carry a camera can also “drop some dirty explosive devices,” Friedrich Grommes, head of the international terrorism and international organized crime desk at Germany’s Federal Intelligence Service (Bundesnachrichtendienst or simply the BND) told McClatchy on the sidelines of the Intelligence and National Security Summit at the Walter E. Washington Convention Center in Washington.

“Even if only a few people are affected, it serves completely the idea of terrorism,” Grommes observed. Dirty bombs composed of conventional explosives and radioactive material represent one type of radiological dispersion devices (RDD), according to the US Nuclear Regulatory Commission, though “the terms dirty bomb and RDD are often used interchangeably in the media.”

“Most RDDs would not release enough radiation to kill people or cause severe illness – the conventional explosive itself would be more harmful to individuals than the radioactive material,” according to an NRC fact sheet on dirty bombs.

“However, depending on the situation, an RDD explosion could create fear and panic, contaminate property, and require potentially costly cleanup. Making prompt, accurate information available to the public may prevent the panic sought by terrorists,” the NRC notes.

Drones have found a place in the Daesh “air force.” Video footage captured by a Daesh drone in January showed a second weaponized UAV dropping an IED on a group of civilians. According to Bridget Johnson, a terrorism analyst at PJ Media, “the blasts produced by the explosives are akin to grenades, appearing to inflict some injuries when aimed directly at people but seeming to have little effect when dropped on tanks.”

Once the first explosive drops, the terror group waits for vehicles and first responders to arrive on the scene of the attack before sending a suicide car bomber to detonate as part of a follow-up attack, Johnson explained.

Tactical uses for drones haven’t crossed the Atlantic Ocean or left the Middle East and North Africa region, Canadian counterterrorism analyst Chris Rousseau told McClatchy this week, but “the question is at what point somebody’s going to get the idea to use that here.”