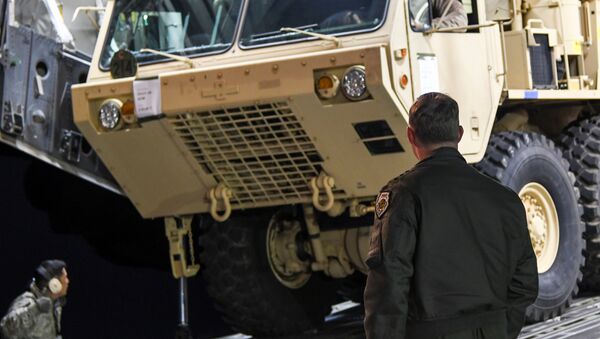 Russian Foreign Ministry spokeswoman Maria Zakharova on Friday warned against the militarization of the Korean Peninsula in the wake of North Korea's sixth nuclear test, saying it may lead to a full-fledged armed conflict in the region.

MOSCOW (Sputnik)  — Russia considers "the accelerated militarization of the region on both sides [of the Korean Peninsula] under the pretext of own security to be extremely dangerous," Zakharova said commenting on the placement of US missile defense systems in South Korea.

“This disturbs the strategic stability in the region because it does not bring to the region long-awaited calm and prospects for resolution of existing issues, but only aggravates them,” she told a briefing.

The spokeswoman went on by saying that the outcome of such a regional arms race will inevitably be a "full-scale armed conflict," which has for many years been approached by a vicious circle of mutual threats, military exercises and missile and nuclear tests.

Zakharova added that the policy of maximum pressure on North Korea, including via sanctions, has exhausted itself.

On Wednesday, the text of the US draft resolution as a response to the North Korean latest nuclear test was revealed by media. Washington asks the UN Security Council to impose an oil embargo on North Korea and block the assets of the country's leader Kim Jong Un after the most recent nuclear test.