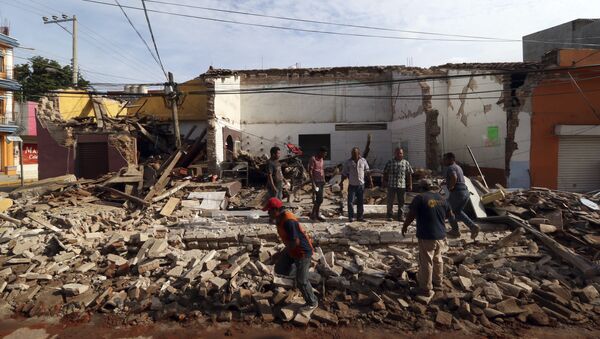 At least 58 people were killed in Mexico's 8.1 magnitude earthquake overnight Thursday, according to Luis Felipe Puente, the head of national civil protection.

The earthquake, which caused the most destruction in Mexico's southern region, struck the country midnight Thrusday. President Enrique Pena Nieto, who labeled the quake an 8.2, said it was the "largest registered in our country in at least the past 100 years."

According to Puente, 45 were killed in the Mexican state of Oaxaca, 10 in Chiapas, and three in Tabasco.

More than 200 people in Mexico were injured by the quake, felt from Mexico City to neighboring Guatemala, and four injuries have been reported in Guatemala.

"There are houses that collapsed with people inside," Puente told local station Milenio. The worst destruction appeared to be in Juchitan, Oaxaca, where a total of 17 people have been pulled from fallen properties.

The midnight quake caused a second national emergency for Mexican agencies that were already preparing for Hurricane Katia, a growing storm expected to strike the country's Veracruz state as a Category 2 storm early Saturday.