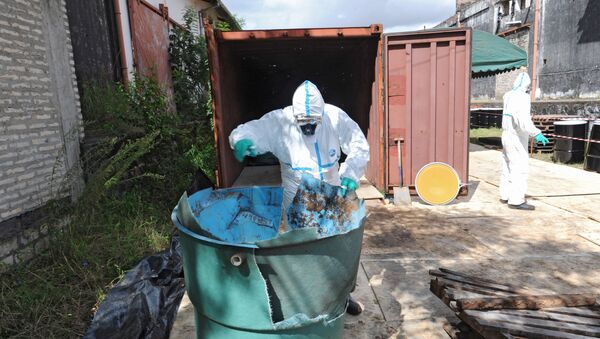 The water's toxicity is so high that "law enforcement officers have been hospitalized after inadvertently touching plants and equipment," Reuters reports.

Monsanto Wrote False Studies That Influenced EU Guidance on Pesticide Safety
According to the Mourad Gabriel, an ecologist who inspected California waters with law enforcement officers, the streams have been contaminated by such substances as carbofuran and diazinon. The former can cause headaches, nausea, dizziness, vomiting, uncontrollable muscle twitching, convulsions and even death, while the latter can cause difficulty breathing, weakness, blue lips and fingernails, convulsion and coma.

The report also notes a Trinity County police dog's near-death experience after it jumped into a reservoir fed by the contaminated streams.

It's not just police officers and their dogs that are affected: local cattle and wildlife are, too. A local farmer said eight cows died suddenly over the past three years near an irrigation channel they use for drinking. Hunters have killed and eaten game animals in the area whose livers contained the hazardous chemicals.

While the solution might seem simple — clear the illegal fields and let the water run itself clean again — streams are still testing positive more than a year after cops destroyed illegal growth in one area. Bizarrely, the year after growth was destroyed the local stream tested negative, but the year after that, tests were again positive.

Following the disturbing discovery, the state's North Coast Regional Water Quality Control Board pledged to introduce strict regulations on pesticide use by the marijuana farmers, but they acknowledged that conducting thorough water tests all across the state was prohibitively expensive.

Even if the illegal marijuana farmers chose to comply with the new regulations, it would take years for the rains to wash all the contamination from the soil. Until that, water in California streams would still remain poisonous.