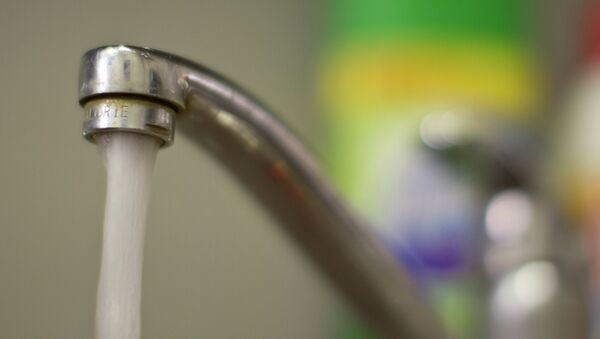 A new environmental study, performed by State University of New York and the University of Minnesota, says there are microscopic fibers of plastic in our water systems and we ingest them with every sip. Yuck.

3,000 US Cities Have Worse Water Contamination than Flint, Michigan
According to a report by the Sacramento Bee, the researchers examined 159 water samples from many nations across five continents, and found that 83 percent of the samples contained plastic fibers. In the US, 94 percent of samples were found to contain the nasty fibers.

The US samples were reportedly taken from several important locations, including the US Congressional buildings in Washington, DC; Trump Tower in New York; and ironically, the Environmental Protection Agency's headquarters, also in Washington.

Scientists claim that these plastic fibers may also contain toxic chemicals that are released into your system as they are digested. The smallest particles, deemed "nanoparticles," would also be able to penetrate your body's cells and cause internal damage, the scientists claim.

"If the fibers are there, it is possible that the nanoparticles are there too that we can't measure," Anne Marie Mahon, from the Galway-Mayo Institute of Technology, told the Guardian. "Once they are in the nanometer range they can really penetrate a cell and that means they can penetrate organs, and that would be worrying."

As to where these particles are coming from, scientists can't really tell. One possible explanation says the fibers come from synthetic materials in our clothes, as washing machines reportedly flush about 700,000 fibers into the environment, according to one study by Plymouth University in the United Kingdom.

This is the first global water tap survey ever performed, so the scientists emphasize there is still a lot of research to be done on the topic.

"The results of this study serve as an initial glimpse at the consequences of human plastic use [and] disposal rather than a comprehensive assessment of global plastic contamination," says Mary Kosuth, one of the University of Minnesota researchers. "These results call for further testing within and between regions."