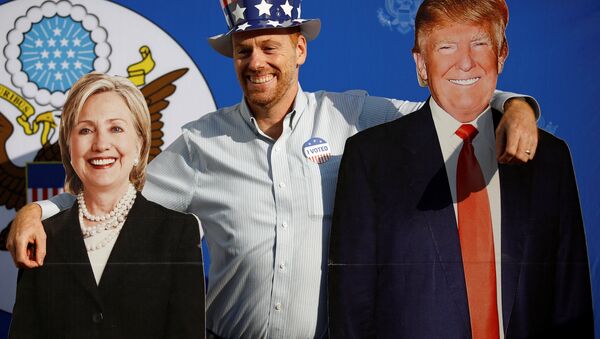 © REUTERS / Navesh Chitrakar
Subscribe
His popularity has now slumped to its lowest level since Donald J. Trump first strolled into the Oval office at the White House back in January.

The number of Americans who claim they still harbor positive views towards the 45th President of the United States has continued to plummet, according to a new poll.

Little more than a third of people admitted their continued support and approval of him since his inauguration — yet another embarrassing drop from a similar study carried out in June.

The First Six Months: How 5,000 Americans are Reacting to the Trump Administration https://t.co/pYsKCHeRP8 via @DemocracyFund #VOTERSG

Despite this latest slump, there is one small crumb of comfort, as Trump is still managing to beat his arch-rival Hillary Clinton when it comes to the vote.

The results of the poll — carried out by NBC News and the Wall Street Journal — saw just 36 percent of those quizzed voicing their backing of Trump, two points lower than the previous figure. 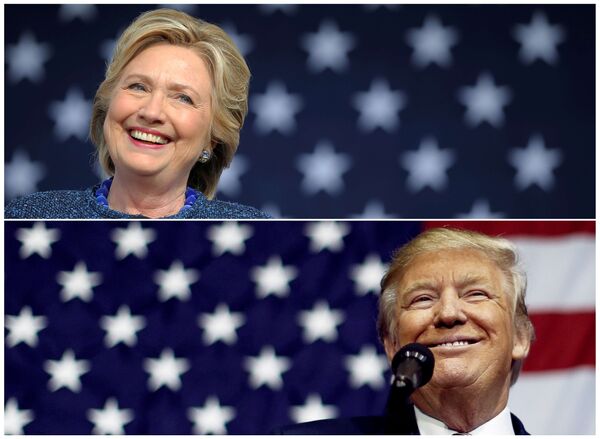 Crucially, more than half of those taking part in this vote voiced negative feelings towards the president, some 52 percent admitting their disapproval of his performance.

What Lies Behind the Drop

It is believed there are a number of major factors behind his poor showing in this new poll, the findings of which were released on Wednesday, September 6.

Trump Commends US Attorney General for 'Taking Action' in Fight Against Leaks
Trump's failure to control the bitter in-house feuding within his own party, a series of high-profile sackings and, more importantly, Trump's fueling of the recent racial tensions in a number of states has resulted in increasing numbers of people seriously questioning his authority and ability to provide strong leadership.

Furthermore the president has failed, so far, to push through any major legislative changes that he proposed during his presidential campaign. Any moves have either been thwarted or resulted in a swift climbdown in the face of public opposition.

Until now, the president's approval rating in the poll has remained relatively unchanged, hovering around the 40 percent mark. Similarly, the number of those who said they disapproved of Trump's job performance has also remained steady at 55 percent.

Many expressed warm feelings for former President Barack Obama, about whom 51 percent said they felt positive, compared to 35 percent who retained negative views. 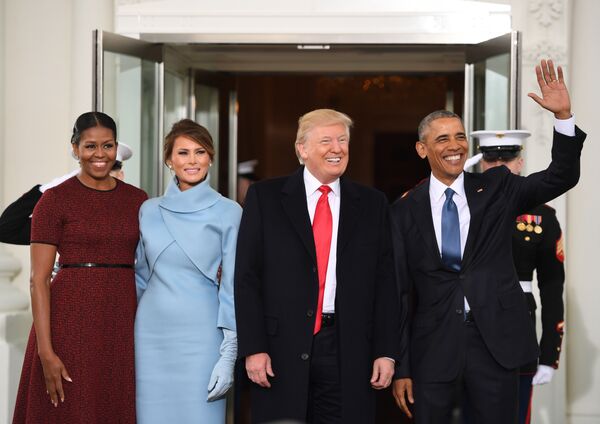 Although her political appearances have become increasingly less of late, Clinton still found herself out of favor with the electorate, attracting just 30 percent satisfaction rating in this latest poll. 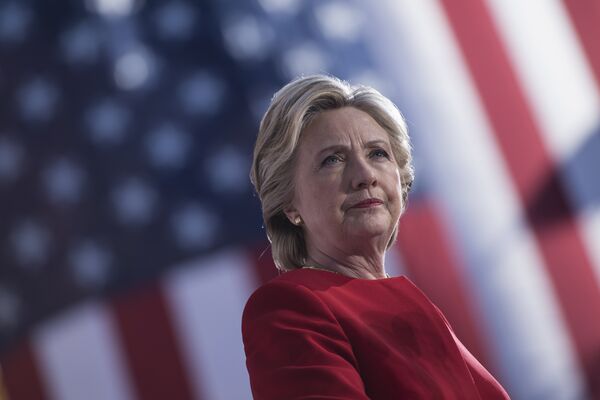 In recent weeks, excerpts from her forthcoming book, entitled What Happened, have trickled out and published by CNN, including bits in which she recalls being put-off by Trump's behavior during one of their debates, criticism of former FBI Director James Comey, former Vice-President Joe Biden and her primary opponent, Senator Bernie Sanders, over the doubt they expressed about her campaign.

000000
Popular comments
In Russia 300% of the electorate is in ecstacy in the face of the Baskov Lane bloke 140 centimetres short.
kurkku1962
7 September 2017, 16:17 GMT1
000000
It is useful to think of America's leadership as the American version of the Khmer Rouge except the percentage of Americans slaughtered by their leadership exceeds that of the Khmer Rouge regime if one takes into account the vile and intrusive impositions of designed-for-overdosing "behavioural medicine"-type drugs, urban planning which ghettoizes whole demographics by income, the pay-to-stay system of Moral Hygiene Sanatoriums which was the Kirkbride insane asylum network, and the murderously efficient workforce-destroying doctrine of "disruptive innovation." Add to this an educational system which renders children into commissar-worshipping sociopaths through teaching only social skills and my favourite oxymoron, "emotional intelligence" while waging war on churches to make them tools of the State as well through blackmailing them into accepting "refugees" whose sole aim is to exterminate Christianity and you have the perfect formula being applied for making real every economic aristocrat's dream: exterminating millions of their serfs. Favouring such social designs I believe is a Malthusian sexual ritual as it is structured along the lines of alpha selection at rutting time with deer and mountain lions except messier.