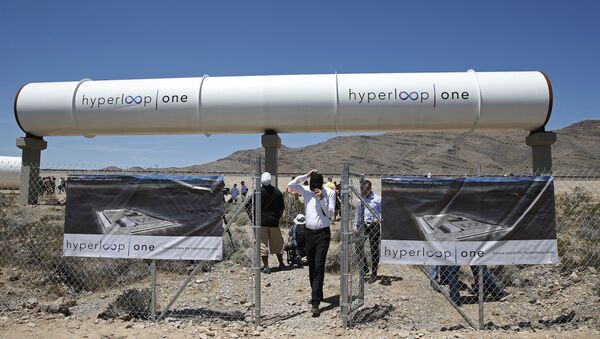 India's coastal state of Andhra Pradesh may see the world's first Hyperloop transportation system with the 35 km trip between Amravati and Vijayawada completed in less than 10 minutes.

A Memorandum of Understanding (MoU) was signed by the Andhra Pradesh Economic Development Board (AP-EDB) and Hyperloop Transportation Technologies (HTT). According to the MoU, HTT will conduct a feasibility study in the coming six months starting October to analyze the surrounding cityscapes to create the best route between the proposed two cities — Amravati and Vijayawada. The next phase of the project will involve the actual construction of the Hyperloop system.

"After the six-month feasibility study, we will construct and build the first Hyperloop in India. The AP-EDB, along with the state government, will assist HTT with all regulatory requirements and develop and implement Hyperloop in Amaravati," Kishore, CEO, AP-EDB, said in the release.

​The MoU, however, hasn't disclosed the details such as the cost of the project and the deadline. The official statement just says that the project will be taken up in the public-private-partnership mode with the funding coming primarily from private investors.

Andhra Pradesh was earlier planning for a metro rail project to link Amravati and Vijayawada, but its visionary Chief Minister N. Chandrababu Naidu is keen on Hyperloop since his meeting with HTT executives during the World Economic Forum meet in Switzerland in January this year.

​Chandrababu reportedly held another round of talks with HTT executives recently and gave a go- ahead to the project. The Andhra CM is seen as a visionary leader credited with transforming Hyderabad into an IT hub. Hyderabad was earlier the capital city of Andhra Pradesh but the city now falls under the jurisdiction of a new state Telangana. Naidu has now shifted his attention to developing Amravati which is Andhra Pradesh's new state capital.

🔘 Hyper activity: Hyperloop signs MoU with Govt of AP for link between Amravati & Vijaywada on PPP basis. Future is in our backyard!

​Hyperloop promises a 'tube modular transport system' that runs free of friction. The system is still in trial stages in the US and other countries and has not been implemented for practical use anywhere in the world.