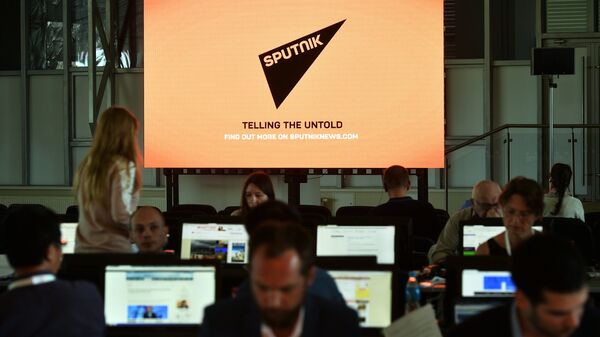 VLADIVOSTOK (Sputnik) — The Sputnik news agency, which is part of Rossiya Segodnya International Information Agency, on Wednesday signed a memorandum of strategic international cooperation with Alibaba Culture Communication, part of the Alibaba Group company, on the sidelines of the Eastern Economic Forum (EEF).

Within the framework of the memorandum the sides agreed to establish cooperation aimed at the promotion of innovative ways of content production and on the development of modern technologies of information distribution.

"During the age of a rapid development of Internet-technologies… Sputnik tries to keep up with the times and always ready for new forms of cooperation. The signing of the memorandum of the strategic partnership between Sputnik and Alibaba Group would open up unprecedented possibilities for integration of media from Russia and China and for the creation of a common information space," First Deputy Editor-in-Chief of Rossiya Segodnya Oleg Osipov, who signed the document from the Russian side, said.

The Chinese side stressed the importance of the document for further cooperation between Sputnik and Alibaba Group both in Russia and abroad.

Alibaba Group is the largest Chinese Internet company, which includes a number of other companies and services, such as Alipay, Alibaba.com, Taobao, Tmal, UC Web and Youku Tudou.