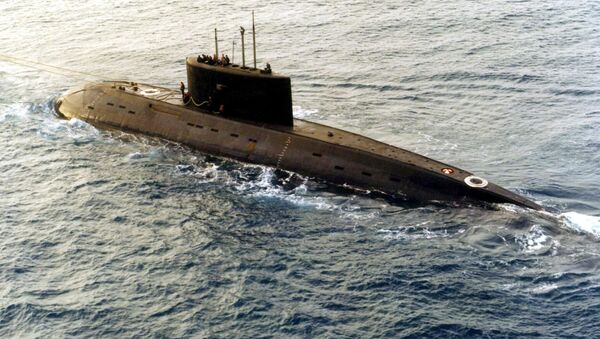 MOSCOW (Sputnik) — Demand for Russian diesel-electric submarines and ships with a displacement of 150-400 tonnes has increased after their participation in Russia’s operation in Syria, Russian Deputy Prime Minister Dmitry Rogozin said Tuesday.

"If talking about the Navy, our ships with moderate displacement are in demand, this is approximately from 150 to 400 tonnes. Those machines, among others, have distinguished themselves during the anti-terrorist operation in Syria… And of course this kind of successful work, especially effectively demonstrated, is an important factor to press the market. And the number of orders for such kinds of combat ships and submarines has grown," Rogozin told Rossiya 24 broadcaster.

Second to None: Why Russian Submarines Are the Best Around
Rogozin especially mentioned Improved Kilo-class diesel-electric submarines, also known as Project 636, or Black Holes, as submarines that were in demand after participating in the Syrian operation.

According to the official, Russian engineers can accommodate a large number of weapons on ships of relatively smaller displacement in order to make them "literally cutthroats."

Russia began a counterterrorist campaign in Syria on September 30, 2015, following a request from Syrian President Bashar Assad. According to the country's General Staff, Russia's Aerospace Forces have carried out more than 28,000 sorties and conducted some 90,000 airstrikes. In the campaign, Russia has also utilized the capabilities of its navy, for instance launching the Kalibr cruise missiles from the Caspian Sea and sending a naval group with the aircraft carrier Admiral Kuznetsov to the Mediterranean.