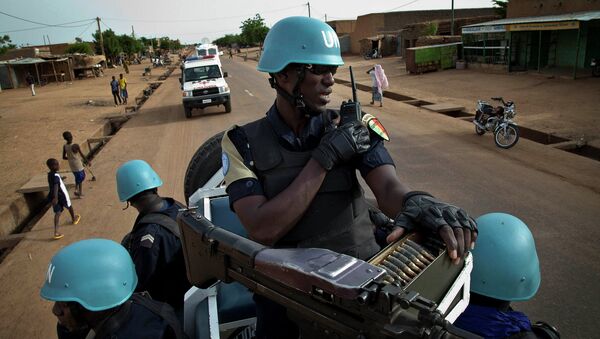 UN peacekeepers' vehicle explosion in Mali left victims and injuries. The incident occurred near the village of Aguelhok in the country's northeastern region of Kidal.

MOSCOW (Sputnik) – Two peacekeepers of the UN Multidimensional Integrated Stabilization Mission in Mali (MINUSMA) were killed and two others were injured on Tuesday as a result of an explosion that hit their vehicle, the MINUSMA said in a communique. The incident occurred near the village of Aguelhok in the country's northeastern region of Kidal, according to the MINUSMA.

"The explosion resulted in deaths of two Blue Helmets. Two others were seriously injured and immediately evacuated by MINUSMA to receive appropriate medical care," the communique said.

The UN mission strongly condemned the terror attack aimed at hindering the MINUSMA activities in the country and expressed its condolences to the families of the victims.