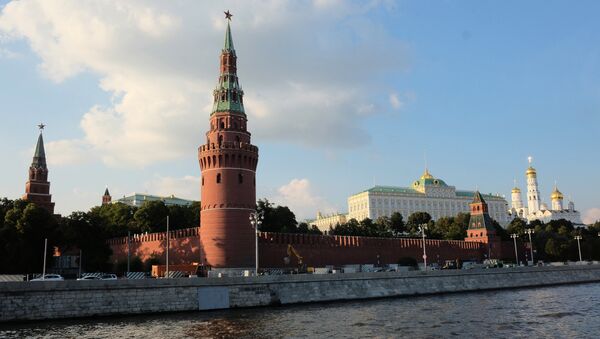 Russian Foreign Minister Sergei Lavrov in a phone conversation with US State Secretary Rex Tillerson spoke about the escalation on the Korean Peninsula and the US' UNSC draft resolution after North Korea's latest nuclear test.

"In relation to Tillerson’s statement on introduction of a draft US resolution to the UN Security Council condemning North Korea’s steps, the Russian minister stressed that Russia was ready to consider it based on the aforementioned position," the statement read.

The position entails the use of "political and diplomatic tools to seek peaceful ways of resolution."

Seoul Proposes to Halt Oil Shipments to North Korea After Nuclear Test
According to the statement, Lavrov also favored engaging the UN General Secretary in finding the solution on the issue.

"Lavrov decisively opposed the escalation of military tensions in Northeast Asia. He pointed out that the political and diplomatic tools of peaceful settlement must be preferred. The Russian minister also stressed that Russia was ready to consider it based on the aforementioned position," the statement said.

US Provoking Conflict With North Korea to Justify THAAD Deployment - Assange
The Kremlin also commented on the North Korean crisis issue with spokesman Dmitry Peskov saying he is unable to confirm whether Russian President Vladimir Putin and South Korean President Moon Jae-in will come up with a new initiative on North Korea, but during a telephone conversation they agreed to discuss this topic in detail.

"The issue of crisis on the Korean peninsula triggered by North Korea’s nuclear tests which were condemned by all countries including Russia will definitely be discussed tomorrow during the negotiations. Bu the way, Putin has agreed with his South Korean counterpart to hold a detailed discussion of this topic. I cannot tell you yet whether there will be new proposals," Peskov said answering a corresponding question.

Earlier this week, Pyongyang successfully tested a hydrogen bomb that could be loaded on the warhead of an intercontinental ballistic missile, prompting global condemnation.