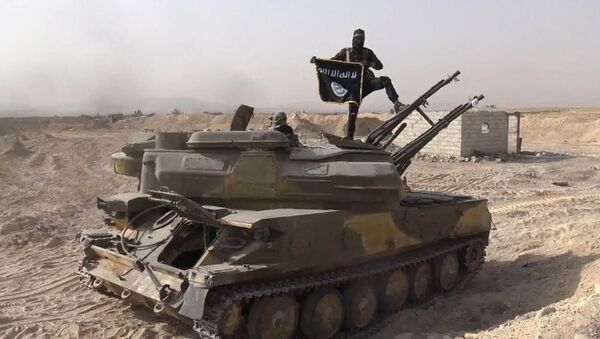 Like its Nordic neighbors, Finland has "exported" its fair share of jihadists to the Middle East, who are now returning "home" after a streak of Daesh defeats. To tackle this problem, Finnish officials are considering providing apartments and social services to Daesh returnees out of turn.

Dozens of Finnish Daesh defectors may have picked a lucky lottery ticket, as Finnish officials are now seriously considering providing former terrorist organization members with extra social services to reintegrate back into society.

Finland's Interior Ministry called for cooperation between the relevant bodies to increase the level of integration by providing apartments and livelihoods to repentant jihadists, the Finnish daily Ilta-Sanomat reported.

From a moral standpoint, however, it would be problematic to provide Daesh defectors with extras ahead of others, while making ordinary citizens wait for long periods of time to receive state-funded housing, the Finnish newspaper noted. This could be perceived as encouraging terrorist behavior. According to the Interior Ministry, social workers will have to solve this problem in practice.

Finnish Response: Fighting Terror With Automatic Weapons, Repealing Citizenship
In its reply to the Interior Ministry, Vantaa City noted that the current welfare system is lacking provisions for special services to people who have returned from military conflicts, which implies a risk that this particular group of people can remain without the necessary social help, unless special assistance is rendered.

"I believe that if reintegration into society is considered one of the best mechanisms against radicalization, then an apartment, work training are of paramount importance," Anna Cantell-Forsbom, the head of Vantaa family service department, told Ilta-Sanomat, venturing that the sheer danger the returnees pose justifies priority service. "Of course, other support should be provided as well. An apartment alone does not solve anything. Other vital aspects should also be considered," she added.

Meanwhile, Finland's Ministry of Social Affairs and Health welcomed the Interior Ministry's proposal, suggesting that the families of the returnees, especially those who have seen or experienced violence, are in dire need of prompt assistance.

According to Tarja Mankkinen, development director of the Interior Ministry, the foremost thing would be to establish whether the defectors have been involved in crimes. However, she ventured that they could also be eligible for various form of assistance at one stage or another.

Finnish Presidential Candidate: 'We Must Be Able to Criticize, Reform Islam'
All in all, at least 80 people have left Finland to join various terrorist organizations. The number could be much higher, however, as not all identities have been successfully established. Pekka Hiltunen, Finnish Security Police (SUPO) special representative on combating terrorism, previously stated that several "Finnish" jihadists had risen to positions of prominence in Daesh, without disclosing their names.

At present, people formerly involved in extremist activities may receive help in renouncing violence from the so-called "exit" organization Radinet project, funded by the RAY slot machine association with the help from Interior Ministry.