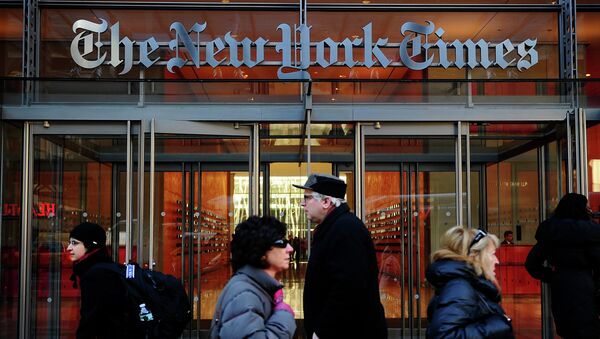 Upset that its authors failed to reach higher standings on the New York Times' "Best-Seller" list, Regnery Publishing says it's severing ties with the outlet since it "prioritizes liberal-themed books."

"As a conservative publisher, we believe that the Times' list does not represent national sales of conservative books as accurately as other widely published bestseller lists," Marji Ross, president and publisher of Regnery, said in a statement.

The move was prompted after officials noted two books in particular were rated lower than another ranking system had placed them, and Regnery's slew of writers will no longer be able to claim they are "New York Times best-selling authors."

According to the publisher, Dinesh D'Souza's "The Big Lie: Exposing the Nazi Roots of the American Left" sat at number seven on the New York Times list, even though Nielsen BookScan placed it as number one "in sales of all 15 books featured on the list."

Regnery highlighted that in the same week, Raheem Kassam's "No Go Zones: How Sharia Law is Coming to a Neighborhood Near You" wasn't even placed on the list, despite it being marked as the 10th best-selling book, according to the same data provider.

"We refuse to continue to highlight a list which has an increasingly diminished value to our audience," Ross stated. "We will no longer promote, publicize or frankly even bother to mention this list."

Fully ditching the Times, Regnery will instead begin basing bonuses in future author contracts and employee compensation packages on the "Publishers Weekly" list.

"Our goal is that the list reflect authentic best sellers," Jordan Cohen, a Times spokesman told AP. "The political views of authors have no bearing on our rankings, and the notion that we would manipulate the lists to exclude books for political reasons is simply ludicrous."

Where the Times bases its list on surveys of thousands of booksellers, Nielsen BookScan counts in-store print sales that represents roughly 85 percent of the industry, AP reported.