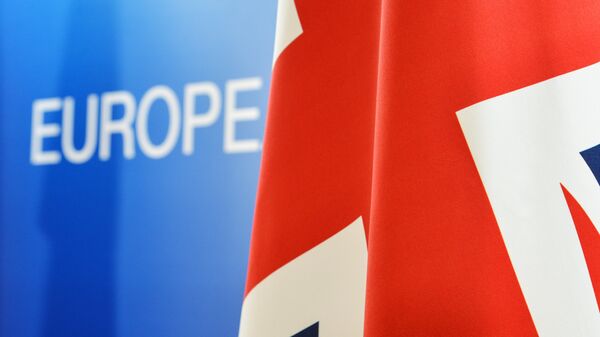 The EU Parliament's press release says that Brussels and London failed to reach significant progress in talks, in particular on the issue of UK financial obligations to the bloc after withdrawal.

BRUSSELS (Sputnik) — European Parliament Brexit Coordinator Guy Verhofstadt said on Monday that Brussels and London failed to reach significant progress in talks, in particular on the issue of UK financial obligations to the bloc after withdrawal, according to the EU Parliament's press release.

"Verhofstadt (ALDE, BE) told MEPs that limited progress has been made after the first three rounds of Brexit talks, in particular concerning the UK’s financial commitments to the EU, during a debate with the Constitutional Affairs Committee on Monday," the press release read.

Brexit Secretary Urges US, UK to Focus on Liberalization of Service Sector
According to the statement, Verhofstadt also stressed the need to stick to previous economic commitments.

On Thursday, UK Brexit Secretary David Davis said that the United Kingdom intended to settle its EU financial obligations amid Brexit in line with the law, as well as in the spirit of continuing partnership.

The Brexit negotiations between London and Brussels officially started in June, and are due to be completed by March, 2019. During the talks, the sides discuss a number of issues, including EU citizens rights, the financial settlement, the border between Ireland and the Northern Ireland among others.