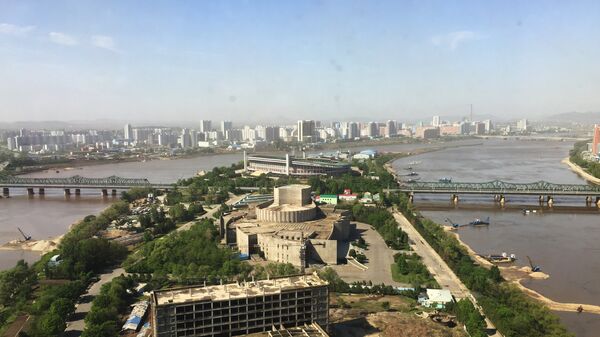 The South Korean leadership proposed a way to settle the escalation on the Korean Peninsula without firing a single shot.

Earlier in the day, the UN Security Council held an emergency meeting on a response to North Korea’s latest nuclear test. Pyongyang said it successfully tested a hydrogen bomb that could be loaded on the warhead of an intercontinental ballistic missile, prompting global condemnation.

Seoul, Washington Agree to Lift Restrictions on Payload of Missiles in S Korea
Commenting on the North Korean nuclear test, Seoul said it is considering "effective military responses" with the US to Pyongyang's move. Moreover, South Korea reportedly is discussing the deployment of US strategic bombers in the country amid the escalation on the Korean Peninsula.

Moreover, the South Korean Environment Ministry has made a decision to conditionally approve the US Terminal High Altitude Area Defense (THAAD) missile defense systems deployment on the territory of the Asian nation, according to local media reports.