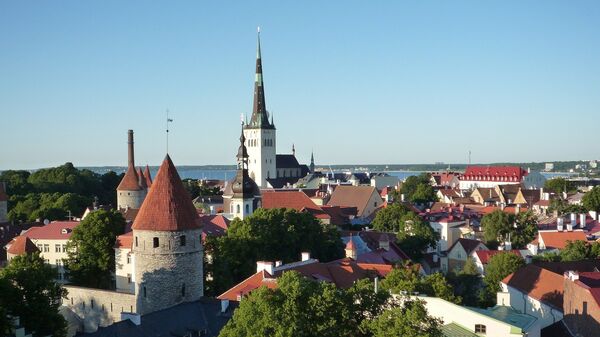 BRUSSELS (Sputnik) — The Belgium-based International Press Association (API) has called on Tallinn to reconsider its decision to deny accreditation to the Rossiya Segodnya International Information Agency reporters for the EU foreign ministers' meeting, according to a letter, written by the association’s Secretary General Hans Debruijn to the Estonian authorities, obtained by Sputnik.

Three Rossiya Segodnya reporters were denied accreditation for the meeting scheduled for September 7-8 without explanation of reasons. This was the first time that the agency had faced such restrictions on access to ministerial level events under the aegis of the European Union.

Estonia's Ban of Rossiya Segodnya Reporters Discussed at Council of EU
API urges the Estonian authorities to reconsider this decision and provide accreditation for the informal ministerial meeting in Estonia to all journalists accredited within the European Union, the letter read.

The Estonian authorities had explained their decision to deny accreditation to the Russian reporters by compliance with the recommendation of the Council of Europe on platforms disseminating inaccurate information and 2016 resolution of the European Parliament. According to the statement by Guy Milton, head of media relations at the Council of the European Union, the informal nature of the meeting in Estonia made it subject to policies of Tallinn as the host.

Last week, the European Federation of Journalists called on the Estonian Presidency of the Council of the European Union to reconsider this decision.

In November 2016, the European Parliament voted in favor of a resolution on countering alleged Russian anti-EU propaganda. The EU Parliament's resolution said that such media as Sputnik news agency and RT broadcasters posed a danger to European unity. Russian President Vladimir Putin, commenting on the adoption of the resolution, stressed that it indicated an apparent degradation of the concept of democracy in some Western societies.