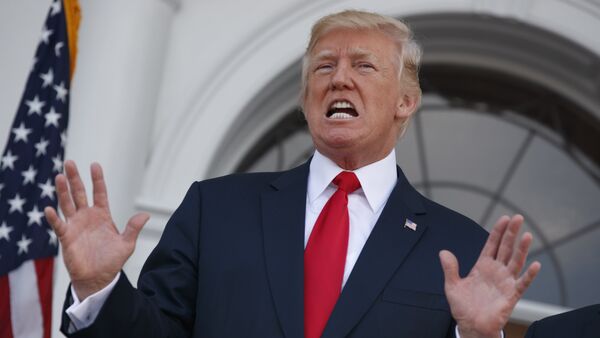 On Friday, the White House announced that the US president would deliver the final decision on the Deferred Action for Childhood Arrivals (DACA) on September 5. According to media reports, Trump was determined to terminate the program.

"Recent reports indicate that President Trump will be ending the Deferred Action for Childhood Arrivals policy. If he moves forward with this cruel action, New York State will sue to protect the 'dreamers' and the state's sovereign interest in the fair and equal application of the law," Cuomo said.

Nearly 1 Million Immigrants Vulnerable as Trump Ponders Fate of DACA
According to the governor, abolition of the program will affect thousands of people it protects, often referred to as "Dreamers," including some 42,000 New York residents.

"President Trump's decision to end the DACA program would be cruel, gratuitous, and devastating to tens of thousands of New Yorkers — and I will sue to protect them. Dreamers are Americans in every way," Schneiderman added.

The New York State attorney general argued in the statement that the immigrants protected under DACA in New York State alone pay over $140 million to the state and federal coffers in taxes, and they constitute a crucially important part of the community.

The DACA program grants temporary residency and work privileges to immigrants that were brought to the United States illegally as children. The program was established in 2012 via an executive order signed by then US President Barack Obama. Under DACA, minors who entered the country illegally can receive renewable two-year deferrals on deportation proceedings, as well as permits to work in the United States.

Some 750,000 people were granted the deportation deferrals in the United States under the DACA program. Over a half of them live in the states of California and Texas.