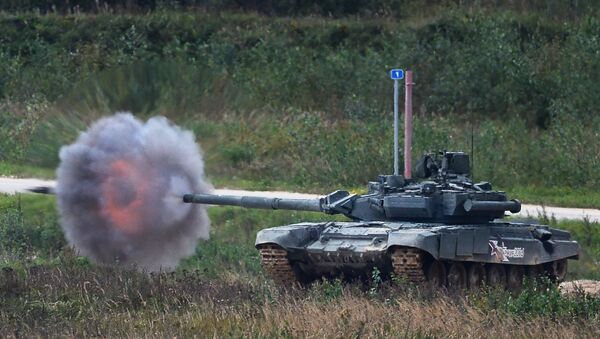 The Russian Armed Forces are the most capable in the world after the United States, according to the 2017 rating of "current military capabilities' published by the international company Global Firepower. Sputnik delves into more details on the matter.

The United States holds the top spot for global military strength, while China is behind Russia in third place. The remaining countries in the top 10 are India, France, the United Kingdom, Japan, Turkey, Germany and Egypt, Global Firepower, the Global Firepower military ranking organization said in a report on Thursday.

It is worth noting that in 2016, Russia also ranked second in the Global Firepower rating. At the time, experts pointed out that the Russian army had been strengthened thanks to a large-scale modernization program, an increase in the volume of production and purchases of military equipment.

When compiling this year's rating, Global Firepower experts took into account more than 50 factors. It should be noted in this context that the ranking of participants depends not so much on the total amount of military equipment as on the balance of the country's military might and the variety of available weapons.

Russian MoD Decides to Buy 'Terminator' Combat Vehicles – Here's Why
The key factor in the assessment is the size of the workforce, which is why countries with larger populations tend to rank higher.

The geographical position of the country, its "logistical flexibility" and the volume of natural resources were also taken into account. In addition, NATO countries received a bonus because of their ability to use funds from the common resources of the alliance.

Global Firepower did not take into account the existence of nuclear weapons in countries, only charging additional points for it. Landlocked countries were not punished for lack of a fleet, while naval powers lost points because of a lack of diversity in the fleet's armament.

Russia Yielded to the US, but Outstripped China

Global Firepower experts ranked Russia second. They specifically pointed to the country's land forces, the most powerful in the world, and the fact that Russia has the leading position in terms of its number of battle tanks.

The first place went to the army of the US, where military spending dwarfs the budgets of allies and rivals alike.

The Chinese People's Liberation Army is inn third place, which is followed by the armies of India, France, Britain, Japan, Turkey, Germany and Egypt. A total of 133 military forces were mentioned in the rating.

Yury Baluyevsky, the Russian military's former chief of staff, told Sputnik that Russia's military potential is approximately on par with that of the United States.

"Instead of focusing on quantitative indicators we look at accumulated experience conducting military operations, in particular, in Syria, as well as the implementation of combat operations by special forces units. Also, we consider logistics, ensuring troops' activity and maintaining equipment," Baluyevsky said.

He was echoed by Russian military expert Igor Korotchenko, who at the same time noted that such ratings cannot take into account all the nuances.

"No rating can convey the real state of affairs, because they cannot take into consideration all the aspects. For example, Russia's nuclear component is on a par with that of the United States. The Americans have more aircraft carriers, but we do not pursue an expansionist policy, so there is no need for Russia to copy the model of the US military organization," Korotchenko said.

He added that the United States outperforms excels Russia in such defense technologies as the systems of communications, combat management and automation, while the Russian army in recent years has demonstrated tangible success in planning and conducting real combat operations.
As an example, he touted the success of Russia's military operation in Syria.

"In terms of the success rating, we are considerably ahead of America. With smaller resources, we managed to carry out an operation that the American army could never conduct in any of the countries where Washington tried to forcefully change the situation in its favor," Korotchenko said.

Valery Fyodorov, head of  the VTsIOM pollster, said last week that the number of respondents praising the Russian army's potential increased from 63 percent to 90 percent in the past three years.

At the same time, only two percent of those polled described  Russia's combat capability as "very low."

In May, a poll by the Levada Center revealed that 37 percent of Russians consider the Russian army to be the main advantage of their country.