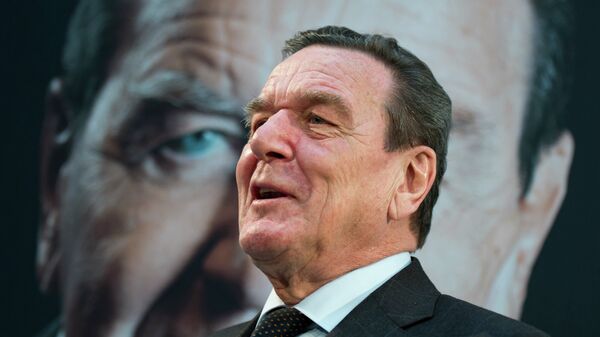 CERNOBBIO (Italy) (Sputnik) — Dvorkovich said Saturday he supported the candidacy of Schroeder as it indicated Rosneft's openness in relations with the European Union.

"In any case, it demonstrates company's openness and a long-term partnership with our European colleagues," Dvorkovich told reporters.

Rosneft approved Schroeder's candidacy for the post on August 31. Apart from the ex-German chancellor, 10 people are on the list of candidates, including the incumbent members of the board, according to Rosneft materials.

'Demonization of Russia Doesn't Help Anyone,' Ex-German Leader Schroeder Warns
The decision to nominate Schroeder for the Rosneft board of directors was made public in August. Immediately after the announcement, Schroeder faced sharp criticism, with German Chancellor Angela Merkel calling Schroeder's intention to work in Rosneft "abnormal" and current SPD leader and candidate for chancellor Martin Schulz saying he "would not do it."

In a response to criticism of his proposed work with Rosneft, Schroeder warned political opponents against fueling a new "Cold War" with Russia.