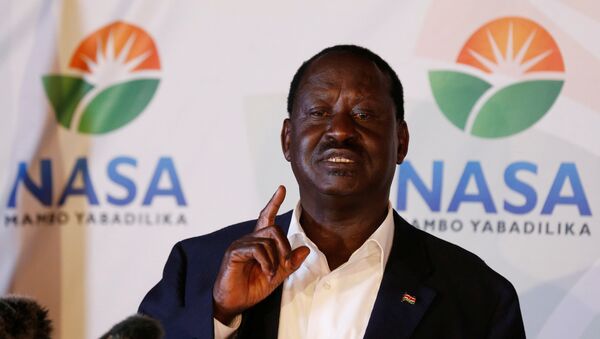 "It’s a very historic day for the people of Kenya and by extension the people of Africa. For the first time in the history of African democratization, a ruling has been made by a court nullifying [the] irregular election of a president. This is a precedent-setting ruling," Odinga said, as quoted by The Guardian newspaper.

Africa
Trump Administration ‘Troubled’ by Post-Election Violence in Kenya
Odinga added that he was ready for a new election, noting, however, that his party had lost faith in the Independent Electoral and Boundaries Commission (IEBC). The opposition leader also called on authorities to prosecute those responsible for rigging the presidential elections.

Kenya held its presidential election on August 8. The country’s IEBC declared Kenyatta the winner with 54.27 percent of the vote, while Odinga, the leader of Kenyan opposition National Super Alliance (NASA) received 44.7 percent. Odinga said he would challenge the results in the Supreme Court.

NASA questioned the results of the election, claiming that the voting system had been tampered with. The IEBC denied the allegations. Following the official declaration of the winner, protests erupted in Kenya's capital Nairobi, leaving thousands injured.