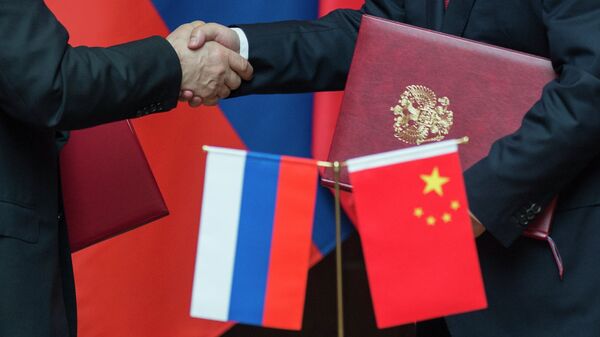 MOSCOW (Sputnik) – In July, Russia’s Far East Investment and Export Agency and China Overseas Development Association signed an agreement providing for the establishment of a collaborative center for attracting and supporting Chinese investments in the Russian Far East as early as October 1.

"The work of the center for attracting Chinese investments will lead to a significant increase in investments from China. In two years, the number of Chinese projects in the Far East will grow at least twofold," Osipov said.

According to the first deputy minister, the center should provide a comfortable service for those who have interest in investing. He noted that it is necessary that both the Russian and Chinese sides were taking suitable measures to support their projects.

"The mechanism has already been created, but we need to achieve its efficient operation in practice. And the possibilities of the Far East are such that the volume of Chinese investment can be doubled and redoubled for many years," Osipov added.

World
Russia's Rostec Hopes to Sign Contract With China for Heavy Helicopter by 2018
Bilateral trade between Russia’s Far East regions and China grew by 25 percent in the first four months of this year, compared with the same period of the previous year, and reached $2 billion, according to data provided by the Ministry for the Development of the Russian Far East. A total of 26 investment projects amounting to $3 billion are being implemented with the participation of Chinese companies within Russia’s Far East export-led territories and free ports.
Newsfeed
0
Access to the chat has been blocked for violating the rules . You will be able to participate again through:∞. If you do not agree with the blocking, please use the feedback form
The discussion is closed. You can participate in the discussion within 24 hours after the publication of the article.
To participate in the discussion
log in or register
loader
Chats
Заголовок открываемого материала