Number of Civilians Killed in Anti-Daesh Strikes Increases to 685 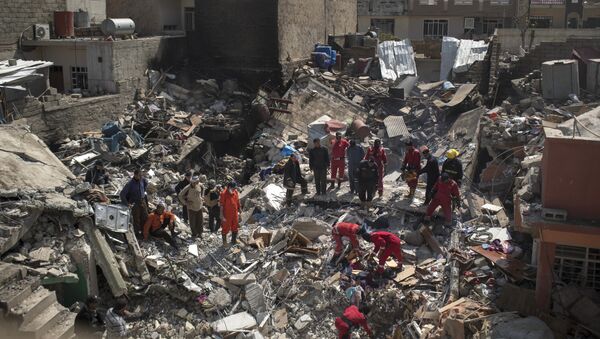 WASHINGTON (Sputnik) – The US-led coalition fighting the Daesh terror group (banned in Russia) identified 61 new unintentional civilian casualties in strikes conducted against the terrorists that has brought the total number of civilians killed in the operation to 685, Operation Inherent Resolve said in its monthly casualties report on Friday.

"[I]t is more likely than not, at least 685 civilians have been unintentionally killed by Coalition strikes since the start of Operation Inherent Resolve," the report stated.

US-Led Coalition Carries Out 15 Strikes Against Daesh in Syria’s Raqqa
The coalition completed an assessment of 37 civilian casualties reports in July, determining that 13 of them were credible, and indicated that 61 unintentional civilian deaths took place.

The report noted that only 0.32 percent of the strikes resulted in credible reports of civilian casualties.

Comprised of more than 70 members, the coalition has conducted airstrikes, ground-based and rocket-propelled artillery fire against the Daesh in Syria and Iraq. The strikes in Iraq are conducted in support of the Iraqi government, but those in Syria are not authorized by the UN Security Council or the government of President Bashar Assad.