Today, on August 31, the world remembers “the People's Princess” and commemorates the 20th anniversary of her tragic death.

Twenty years ago, Diana, Princess of Wales was killed in a car crash in Paris, leaving behind two sons, Prince William and Prince Harry, and sending a wave of grief around the world.

Both princes honored their mother at Kensington Palace, where Lady Di lived from 1981 until her death, and expressed their gratitude for flowers, cards and tributes left at the gates by their Mother's fans and admirers.

The Duke and Prince Harry are grateful for the many flowers, letters and messages they have received about their Mother. pic.twitter.com/pOAtvsOE4q 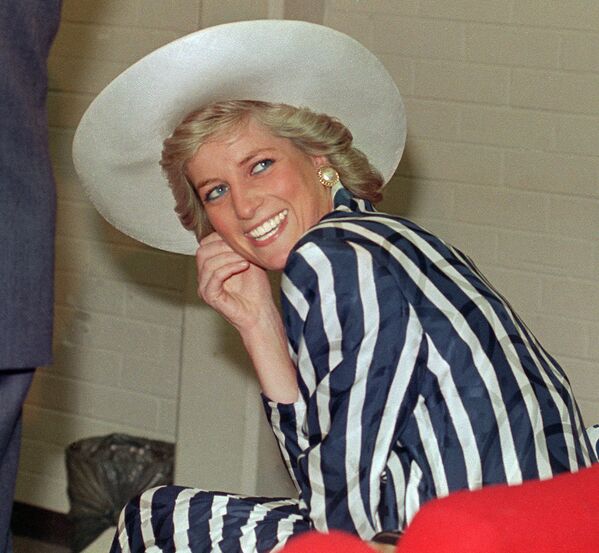 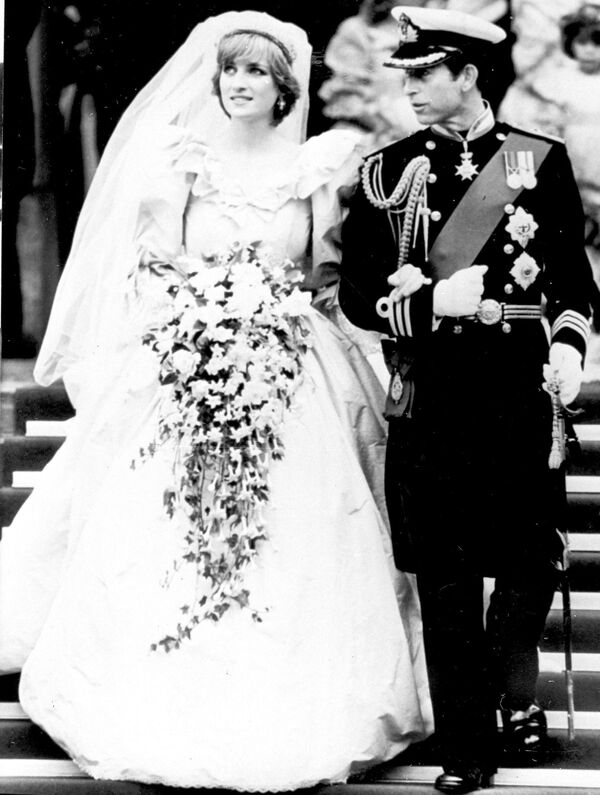 2/22
© AP Photo / Press Association
Prince Charles and his wife Diana, Princess of Wales, walk down the steps of St. Paul's Cathedral in London, Great Britain, on July 29, 1981, after their marriage ceremony. 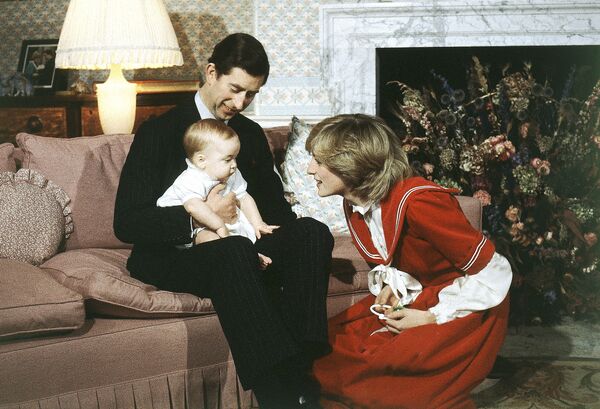 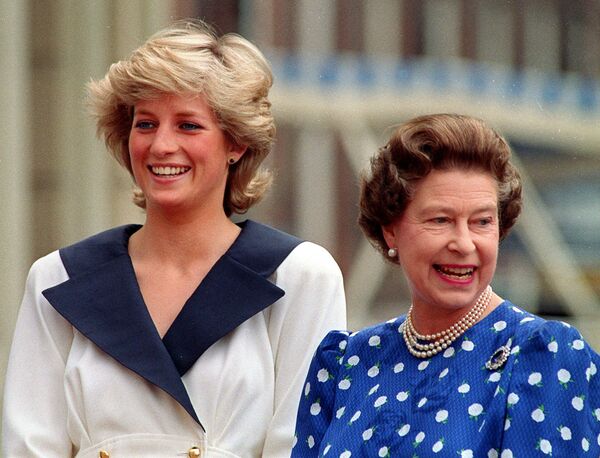 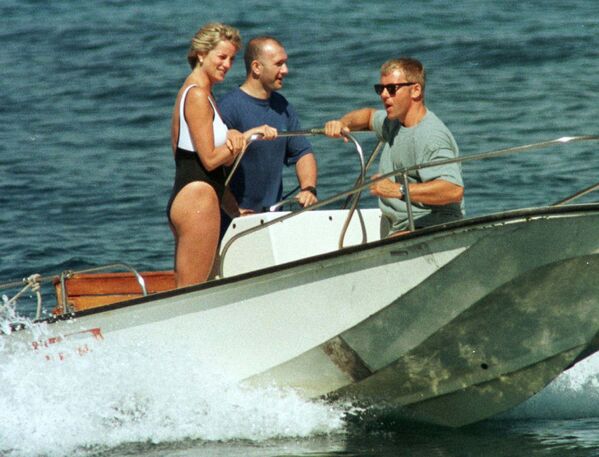 5/22
© AP Photo / Lionel Cironneau
Princess Diana aboard a boat in Saint Tropez in the French Riviera, while vacationing on July 20, 1997. 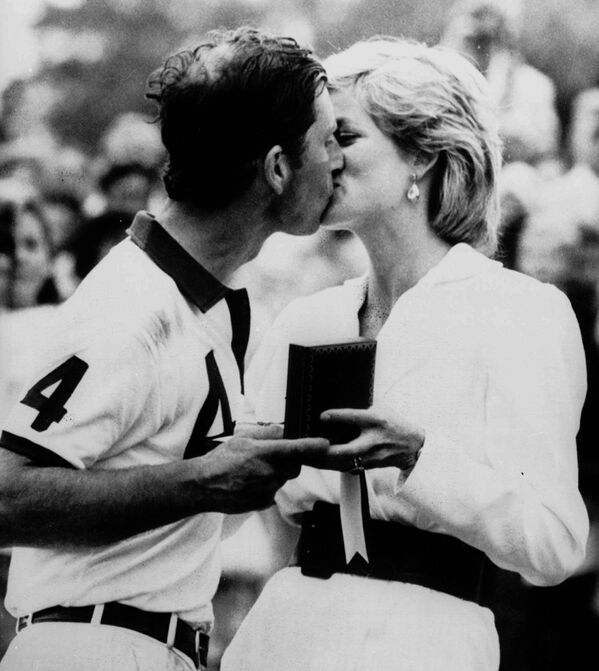 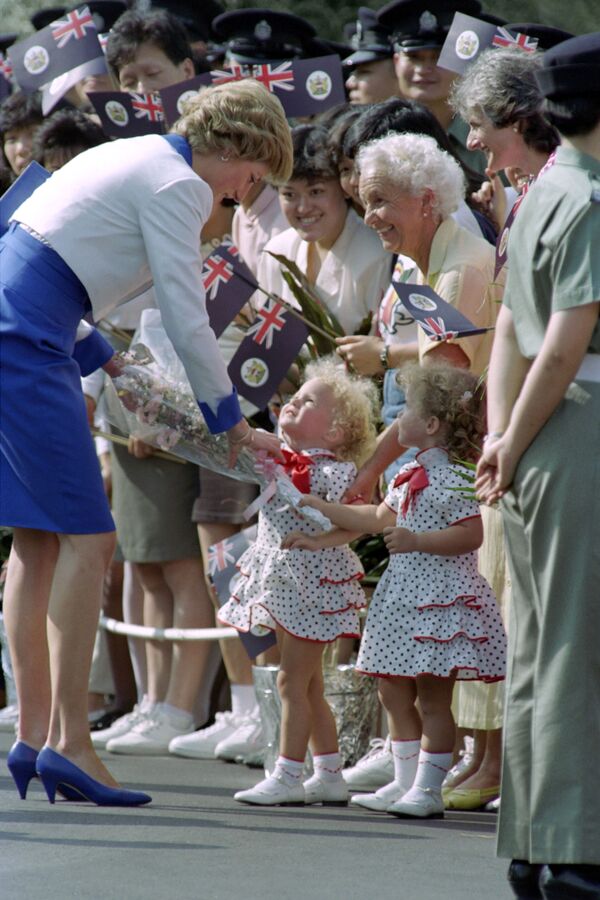 7/22
© AFP 2022 / Yoshikazu Tsuno
Little twin sisters give a flower bouquet to Princess Diana at the Hong Kong Police Training School on November 9, 1989, the last day of her Asian tour. 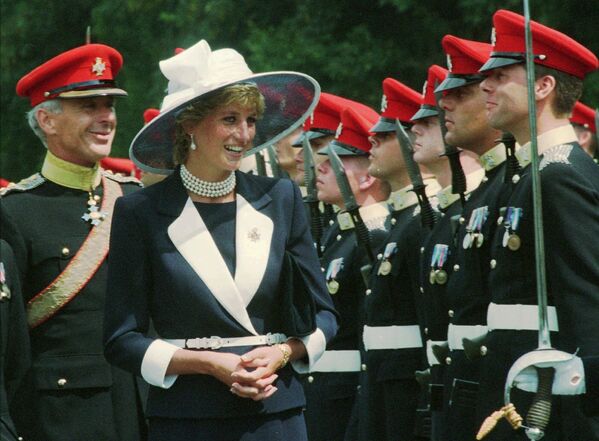 8/22
© AP Photo / Christof Stache
The Princess of Wales reviews the honor guards before presenting the new colors to the Light Dragoons, the regiment of which she is Colonel-in-Chief, in Bergen, northern Germany, on July 22, 1995. 9/22
© AFP 2022 / Jacques Demarthon
Diana, Princess of Wales, arrives at the Lille Congress Hall on November 15, 1992, for the opening of Paul McCartney's oratorio "Liverpool." 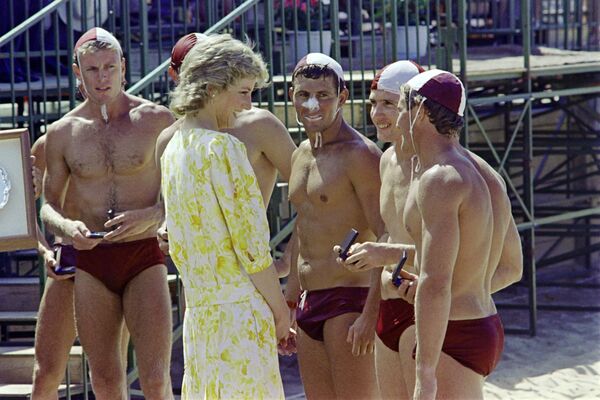 10/22
© AFP 2022 / Patrick Riviere
Princess Diana of Wales exchanges comments on January 31, 1988 with members of the winning team of the "Princess of Wales Plate," the Life Saving Special Trophy, at Terrigal Beach, north of Sydney, Australia. 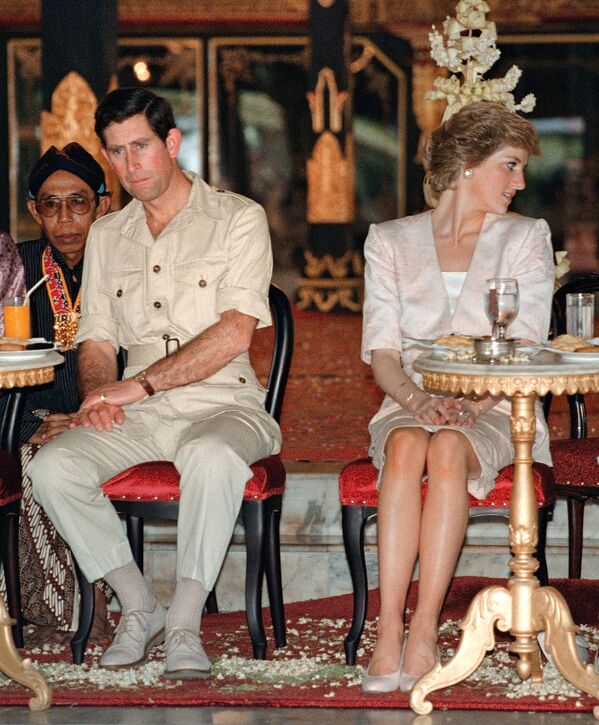 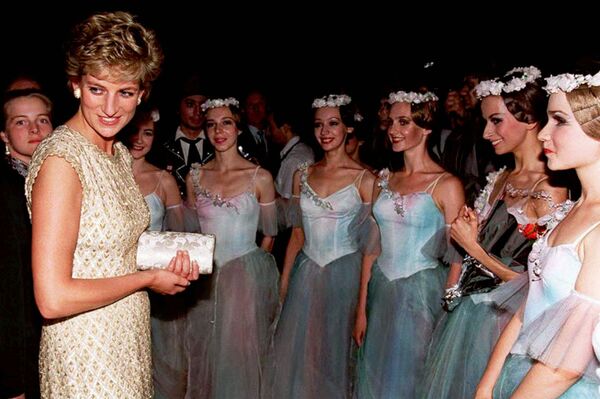 12/22
© AP Photo / PA
Lady Di talks with ballerinas backstage at the Boshoi Theatre after a performance on June 15, 1995, during her two-day visit to Moscow, Russia. 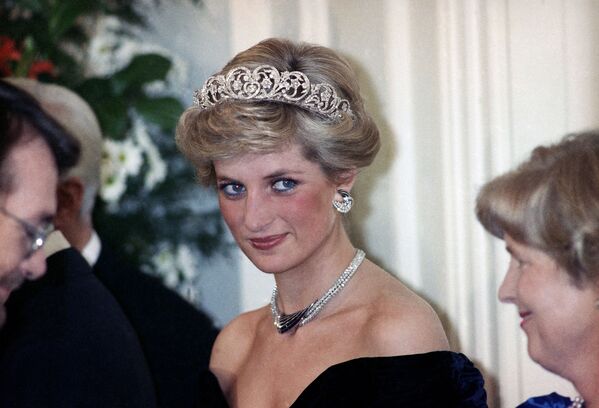 13/22
© AP Photo / Herman Knippertz
The Princess of Wales is pictured during an evening reception given by West German President Richard von Weizsacker in honor of the British Royal guests in the Godesberg Redoute in Bonn, Germany on November 2, 1987. 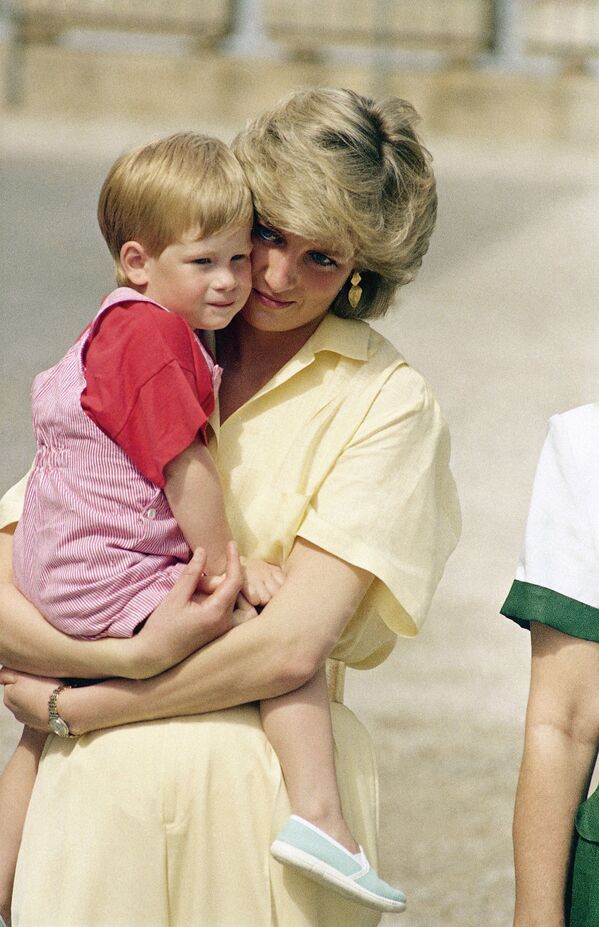 14/22
© AP Photo / John Redman
The Princess of Wales holds her son, Prince Harry, posing for photographers at the Royal Palace in Majorca, Spain, on August 9, 1987, during a week’s vacation on the island as guests of King Juan Carlos and his family. 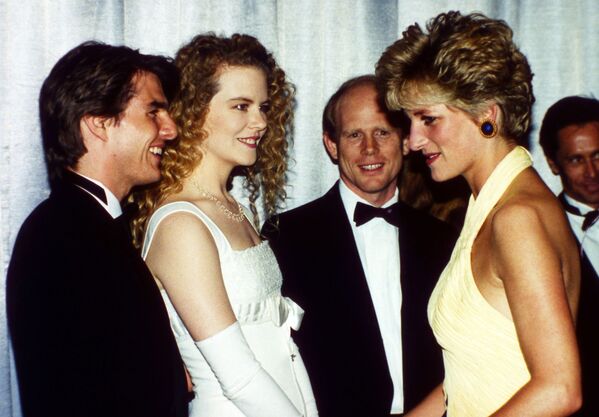 15/22
© AP Photo / Martin Cleaver
Princess Diana meets actor Tom Cruise and his co-star wife, actress Nicole Kidman, at the Charity Premiere of the film “Far and Away” in London's West End on July 30, 1992. 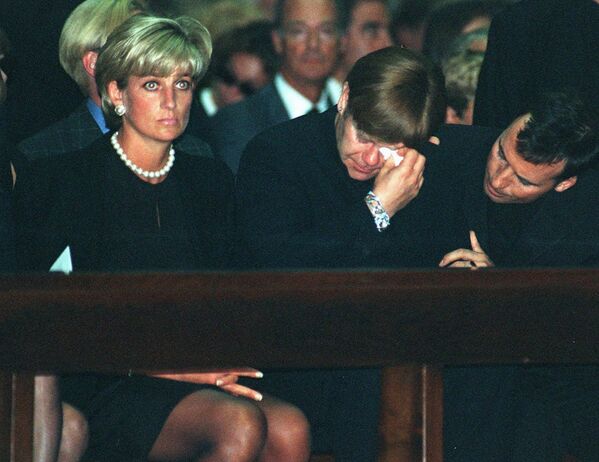 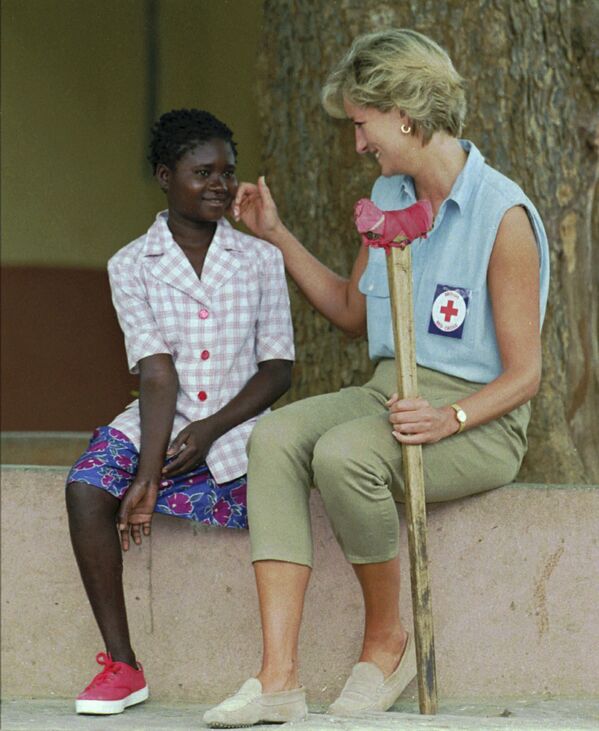 17/22
© AP Photo / Joao Silva
Diana talks to 13-year-old Sandra Thijica, who lost her leg to a landmine in 1994 while working the land in Saurimo, eastern Angola, on January 14, 1997, at the Neves Bendinha Orthopedic Workshop on the outskirts of Luanda. 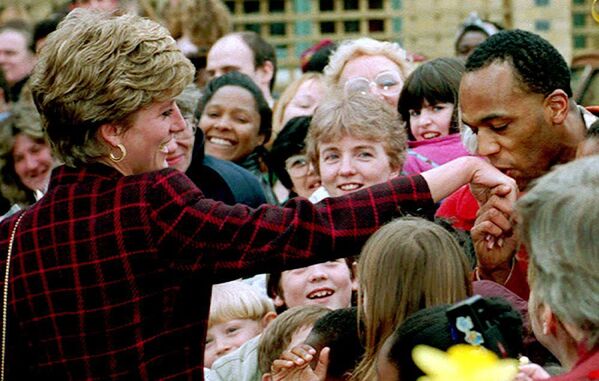 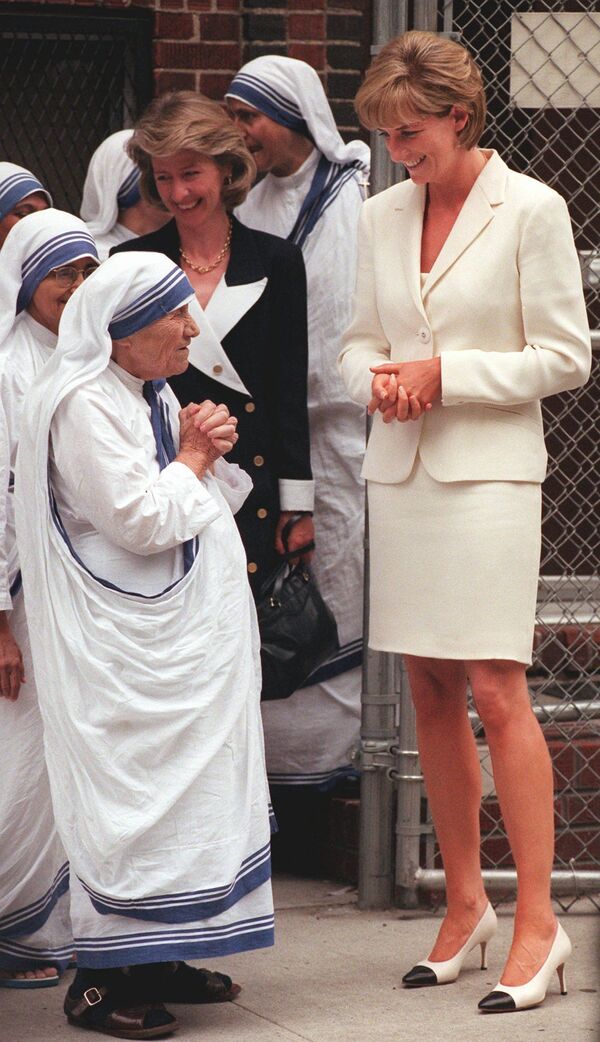 19/22
© AP Photo / Bebeto Matthews
Mother Teresa says goodbye to Princess Diana after receiving a private visit from her on June 18, 1997, at The Missionaries of Charity in New York's South Bronx neighborhood. 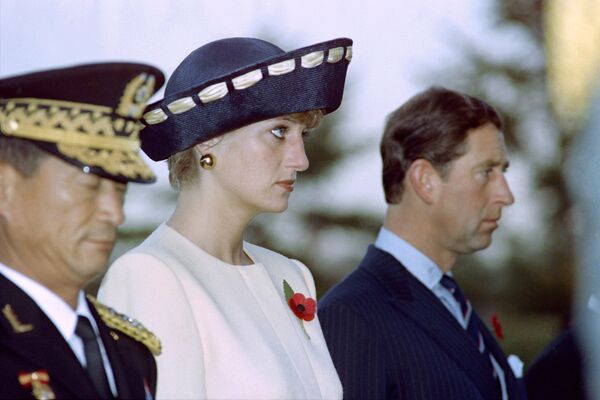 20/22
© AFP 2022 / Youn Kong Choo
Prince Charles (right) and Diana, Princess of Wales, stand in silence before the monument of the unknown soldiers at the National Cemetery in the South of Seoul, South Korea, on November 2, 1992. 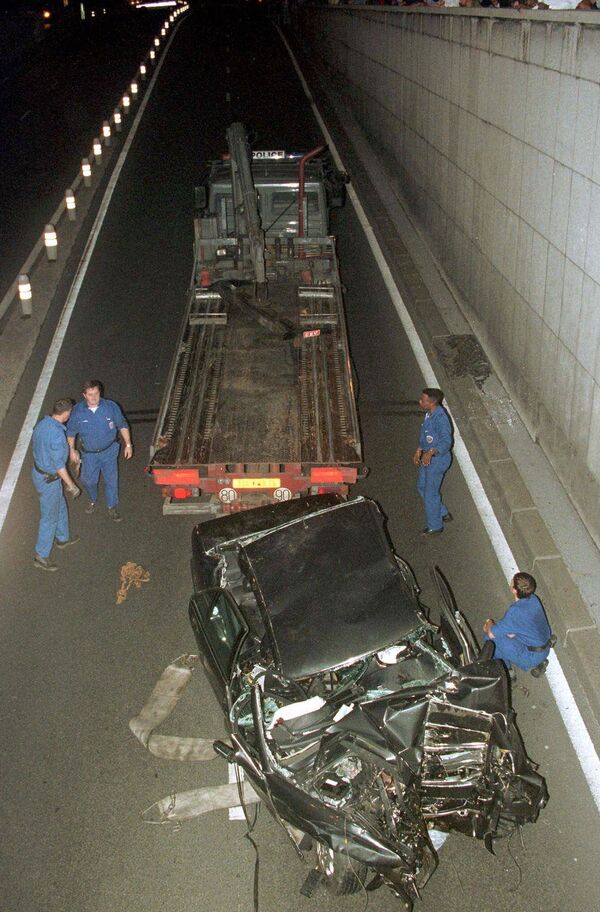 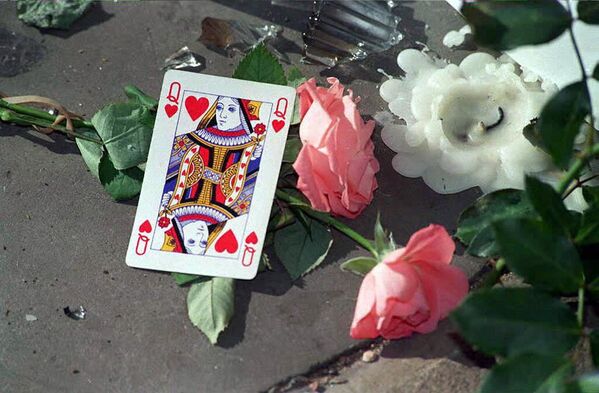 22/22
© AFP 2022 / Press Association/Fiona Hanson
A Queen of Hearts playing card left as a tribute along with thousands of gifts, flowers and effigies outside London's Buckingham Palace in London on September 2, 1997, to honor Diana, Princess of Wales.