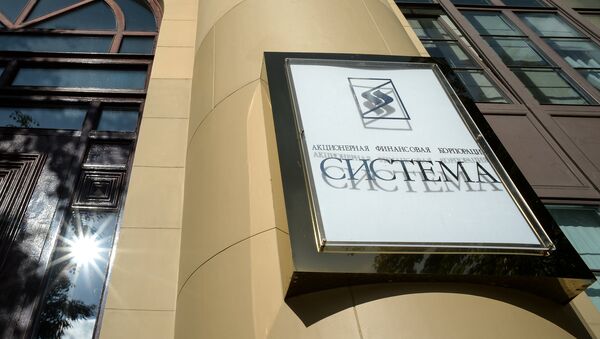 According to corporation Sistema spokesman, corporation is still planning to appeal the arbitration court's ruling to recover 136.3 billion rubles ($2.3 billion) in favor of the Bashneft oil company.

MOSCOW (Sputnik) – Russian joint-stock financial corporation Sistema is still planning to appeal the arbitration court's ruling to recover 136.3 billion rubles ($2.3 billion) in favor of the Bashneft oil company after the reasoning in the court's judgment was disclosed earlier in the day, Sistema's spokesman told Sputnik on Thursday.

"The court's judgment, which has become a quintessence of the entire process, has confirmed once again Sistema's key point regarding the absence of any losses caused by reorganization of Bashneft [assets]. In case of absence of such losses, any other 'conclusions' of the court have no legal force. Nevertheless, even in these conclusions the court has not considered the numerous evidence of reorganization's lawfulness contained in case materials. We will appeal the ruling of Bashkortostan's Arbitration Court," he said.

In September 2014, Sistema's majority owner, Vladimir Yevtushenkov, was accused of money-laundering in connection with the acquisition of shares in Rosneft's subsidiary Bashneft. In December 2014, Bashneft was re-nationalized. In February 2015, the Moscow Arbitration Court awarded Sistema $1.1 billion in damages from the loss of Bashneft. In January 2016, all the accusations against Yevtushenkov were dismissed as it was found that no crime had been committed.