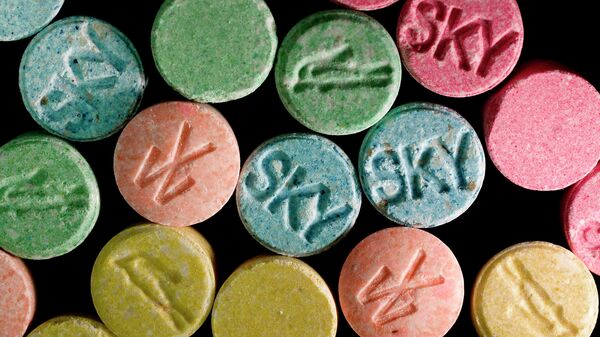 Ecstasy was recently designated a breakthrough therapy by the Food and Drug Administration for MDMA-assisted psychotherapy for PTSD, the Multidisciplinary Association for Psychedelic Studies announced August 26.

A study conducted by the non-profit found that 61 percent of trial participants no longer met the conditions for having PTSD after three sessions of MDMA-assisted talk therapy. The 107 participants were assessed by a blind group of raters using the Clinician Administered PTSD Scale (CAPS-5), the group said in a news release.

The group had suffered from PTSD for an average length of 17.8 years, and 68 percent of the study’s patients no longer had PTSD conditions one year following treatment, according to phase 2 trials conducted by MAPS. The results of the study are still being prepared for submission in a peer reviewed journal, but obtaining the FDA’s good graces to continue to phase 3 trials is a major step toward making MDMA a viable option for people with PTSD.

“Now that we have an agreement with FDA, we are ready to start negotiations with the European Medicines Agency,” Rick Doblin, executive director of Multidisciplinary Association for Psychedelic Studies, said in a release.

In phase 3, 200 to 300 patients from the US, Israel and Canada will receive either a placebo or MDMA during psychotherapy sessions on three occasions over a 12-week treatment period. The trials are slated to begin in spring of 2018.

PTSD is often associated with soldiers returning from war, but it occurs in people who have suffered a range of traumatic experiences, including terror attacks, life-threatening accidents, sexual assault or natural disasters, according to the Department of Veteran Affairs.

Roughly eight in 100 Americans experience PTSD, while 30 in 100 US troops deployed to combat theaters experience the condition at some point, according to government data.

Breakthrough therapies entered the US legal code in 2012 with the passage of the Food and Drug Administration Safety and Innovation Act. Section 901 of the measure provides the government the authority to designate certain pharmaceuticals for expedited development and FDA review.