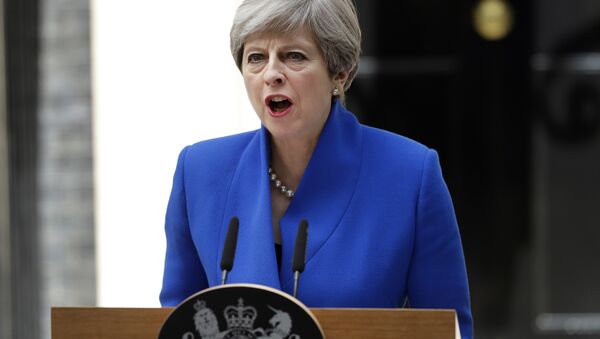 The UK prime minister called China a key player on the Korean Peninsula, urging them to put more pressure on Pyongyang to stop nuclear threats.

MOSCOW (Sputnik) — May pointed out that the United Kingdom is working with partners on the issue, but reiterated that China is "a key player in this."

"China has, I think, a very key role to play in terms of the pressure it can bring… I have said this to President Xi [Jinping], others have as well. We think that China has a role to play and we’d encourage China to do everything it can to bring pressure on North Korea to stop this," Theresa May told reporters on the way to Japan, as quoted by the Guardian newspaper.

On Tuesday, the UNSC held a closed session on North Korea, followed by an open meeting. Council President and Egyptian Ambassador to the United Nations Amr Abdellatif Aboulatta read a presidential statement, adopted as a result of the consultations, which condemned the missile launches and called for immediate action to ease tensions both on the Korean Peninsula and globally.