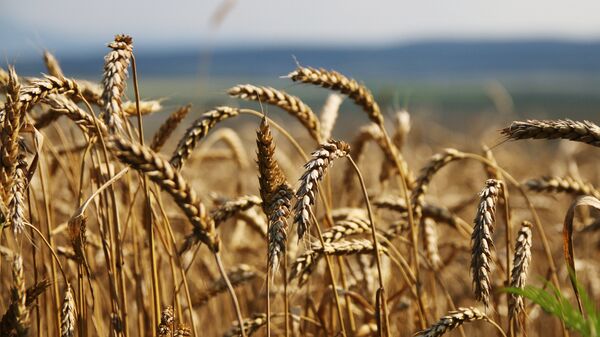 © Sputnik / Artem Kreminsky
/
Go to the mediabank
Subscribe
International
India
Africa
Russia has increased its wheat exports by 11 percent since the beginning of the agricultural season, exceeding 5 million tonnes, according to Russian Agricultural Minister Alexander Tkachev.

"In this year we will be able to fully meet the demand for bread grain and feed grain on the domestic market and to ensure export deliveries… Wheat exports have increased by 11 percent since the beginning of the [agricultural] season and exceeded 5 million tonnes," Tkachev said during a meeting with the Agriculture Ministry officials, as quoted by the ministry's press service.

The minister added at that the grain market had a major export potential.

According to the ministerial press service, barley exports increased by 71 percent compared with the same period of the previous agricultural season, corn exports grew twelvefold, while exports of other crops increased by 31.3 percent.