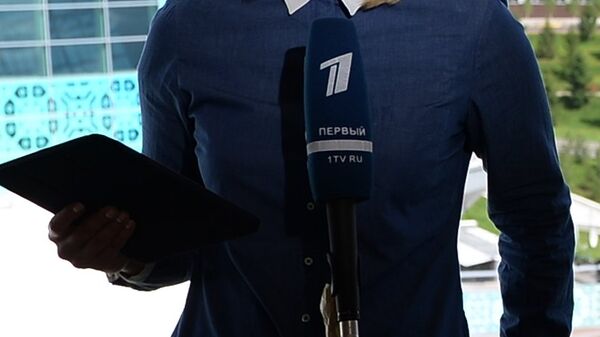 OSCE Representative on Freedom of the Media called on Ukraine to refrain from mistreating foreign journalists after the incident with Russian journalist Anna Kurbatova.

MOSCOW (Sputnik) — Organization for Security and Co-operation in Europe (OSCE) Representative on Freedom of the Media Harlem Desir called on Ukraine on Wednesday to refrain from mistreating foreign journalists after the incident with Russian journalist Anna Kurbatova.

Earlier in the day, Russia’s Channel One said that its correspondent Kurbatova had been abducted in Kiev. The Ukrainian Security Service said later that the reporter would be forcibly returned to Russia.

“I call on #Ukraine not to arrest & deport journalists from other OSCE States #AnnaKurbatova @channelone_rus @OSCE_RFoM,” Desir wrote on Twitter.

​Kiev has repeatedly limited the activities of foreign media in Ukraine. In March 2015 Kiev issued a list of 115 Russian media outlets which could be denied or temporarily suspended accreditation by Ukrainian authorities as the outlets "posed threats" to Ukrainian state security. As the regulation came into force, a number of Russian journalists and television reporters were denied entry to Ukraine or deported to Russia.