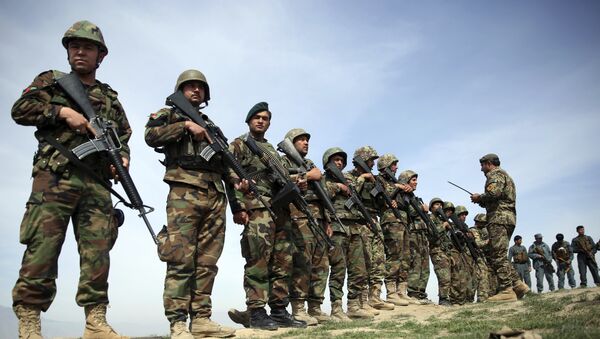 The UK Stop the War Coalition criticized the reported intention of the UK government to deploy special forces unit to Afghanistan.

LONDON (Sputnik) — The UK Stop the War Coalition (STWC) criticized the reported intention of the government to send a special forces unit to Afghanistan, a spokesperson for the group told Sputnik on Tuesday.

US Clarified Trump's New Strategy in Afghanistan to Russia
On Sunday, The Sunday Times reported, citing senior sources in the UK government, that the country's Prime Minister Theresa May was prepared to approve an increase in operations against the terrorists in Afghanistan and the Special Air Service (SAS) would reportedly play a key role in such operations.

"In the sixteen years since the country [of Afghanistan] was invaded, hundreds of thousands of people have been killed, millions have become refugees and there is no end to the conflict in sight… We therefore condemn any British troops being sent to Afghanistan," the spokesperson said.

Earlier in August, US President Donald Trump announced his country's new strategy in Afghanistan. Among other changes, the president vowed to continue US support for the Afghan authorities in their fight against Islamic extremists and to expand authorities for US troops to target terrorists in Afghanistan.