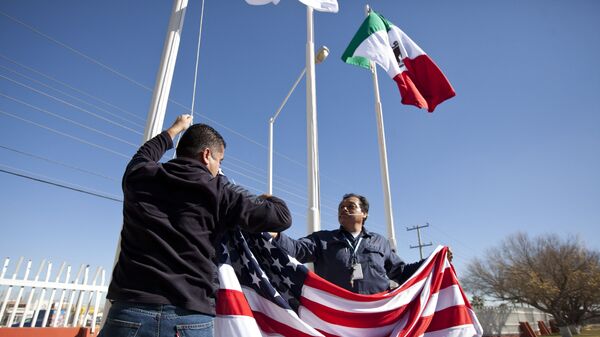 Ex-Treasury Official Claims Trump Yet to Reveal Strategy in NAFTA Talks
MOSCOW (Sputnik) — On Friday, the next round of NAFTA renegotiation talks will start in the Mexican capital.

The Mexican delegation will held a number of meetings during the two-day visit to Washington, The Financial Times reported on Tuesday.

The news outlet added citing a statement of the two ministries that Videgaray would meet his US counterpart Rex Tillerson, as well as US National Security Adviser Herbert McMaster to discuss bilateral relations.

According to the newspaper, Guajardo will hold meetings with US Commerce Secretary Wilbur Ross, US Trade Representative Robert Lighthizer and Jared Kushner, an adviser to US President Donald Trump to focus on trade ties between the two nations.

The NAFTA agreement has been in force since 1994, uniting the markets of Canada, Mexico and United States.

During his presidential campaign and after winning the election, Trump has repeatedly said that the provisions of the agreement should be reviewed, adding that Washington could withdraw from the deal if it was not more beneficial for the United States. The first round of talks aimed at renegotiation of the deal took place earlier in the month.