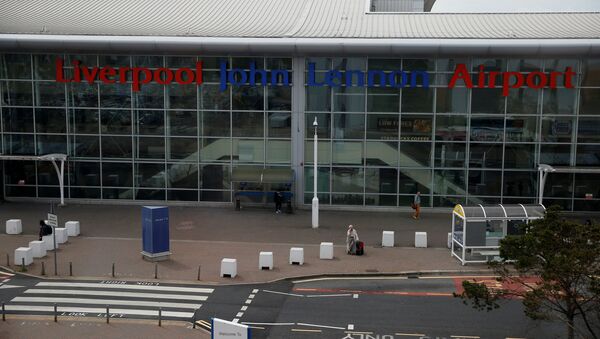 "Earlier this evening a suspicious package was found at the airport. As a precautionary measure the terminal was evacuated and the Army Bomb Disposal Team were called to undertake further investigation. Following this, the area was declared safe and passengers are now returning to the terminal. Operations are resuming as normal, though there may be some disruption as a result," the statement published late on Tuesday read.

In a similar case late on Tuesday, Euston railway station in central London has been evacuated after an electronic cigarette explosion. British Transport Police subsequently wrote on Twitter that the station had resumed operation after the incident. The delays may be expected at the train station, according to the police.

The United Kingdom has seen a number of deadly terrorism acts over the recent months prompting the authorities to tighten security in the country. The current terrorism threat level in the country is severe, meaning that an attack is highly likely.