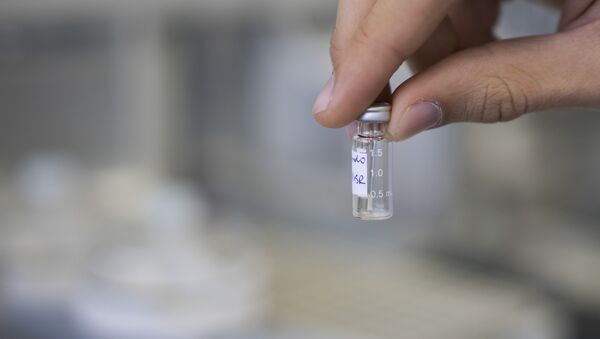 According to the FDA, hundreds of clinics scattered across the United States have been selling stem treatments that have not been given the stamp of approval by the federal agency.

"There are a small number of unscrupulous actors who have seized on the clinical promise of regenerative medicine, while exploiting the uncertainty, in order to make deceptive, and sometimes corrupt assurances to patients based on unproven and, in some cases, dangerously dubious products," FDA Commissioner Scott Gottlieb said in a press release on Monday.

The FDA commissioner also added that his agency "will not allow deceitful actors to take advantage of vulnerable patients by purporting to have treatments or cures for serious diseases without any proof that they actually work."

In the last few days the FDA has sent warning letters to clinics in California and Florida for "marketing stem cell products without FDA approval and significant deviations from current good manufacturing practice requirements."

The US Stem Cell Clinic in Sunrise, Florida, is one of the many clinics in the country that claims to be using stem cells from human fat to treat diseases like Parkinson's, amyotrophic lateral sclerosis (ALS), as well as several lung and heart diseases.

The clinic's website says, "The patient's own (autologous, adult) stem cells, armed with potent anti-cancer payloads, function like a ‘Trojan Horse,' homing to tumors and cancer cells, undetected by the immune system."

Alarmingly, the clinic has had several cases of blindness caused by using fat stem cells to treat macular degeneration, an eye disease that causes vision loss due to the deterioration of the retina.

The FDA also stated that the US Stem Cell Clinic refused to allow FDA investigators to enter the facility without an appointment, which is a violation of federal law.

In a written statement, US Stem Cell denounced the FDA's claims. "The safety and health of our patients are our number one priority and the strict standards that we have in place follow the laws of the Food and Drug Administration."

"We have helped thousands of patients harness their own healing potential," it continues. "It would be a mistake to limit these therapies from patients who need them when we are adhering to top industry standards."

StemImmune, Inc. in San Diego, California, is also under scrutiny for using "potentially dangerous and unproven treatments" at the California Stem Cell Treatment Centers in Rancho Mirage and Beverly Hills.

According to a statement by the FDA, five vials of live vaccinia virus vaccine at StemImmune were confiscated by the United States Marshals Service, because the virus, typically used for people at risk for smallpox infection, was being used at a stem-cell treatment for cancer instead.

"The unproven and potentially dangerous treatment was being injected intravenously and directly into patients' tumors," the FDA statement read.

Medical Director of the California Stem Cell Treatment Center Elliot Lander responded to the FDA's claim, stating in an interview with Shots, "I think it's egregious. I think they made a mistake. I'm really baffled by this."

According to Lander, "Nobody was charged a single penny," and the treatments were given to cancer patients as part of a research study.

Many others, however, are commending the FDA for taking swift action. George Daley, dean of Harvard Medical School and a leading researcher in the stem cell field, said, "This is spectacular. This is the right thing to do."

"This is a major revolution in medicine. It's bound to ultimately deliver cures. But it's so early in the field. Unfortunately, there are unscrupulous practitioners and clinics that are marketing therapies to patients, often at great expense, that haven't been proven to work and may be unsafe," Daley added.

A professor of cell biology at the University of California, Paul Knoepfler, also agreed: "I see this is a major, positive step by the FDA… I'm hoping that this signals a historic shift by the FDA to tackle the big problem of stem-cell clinics selling unapproved and sometimes dangerous stem cell ‘treatment' that may not be real treatments."