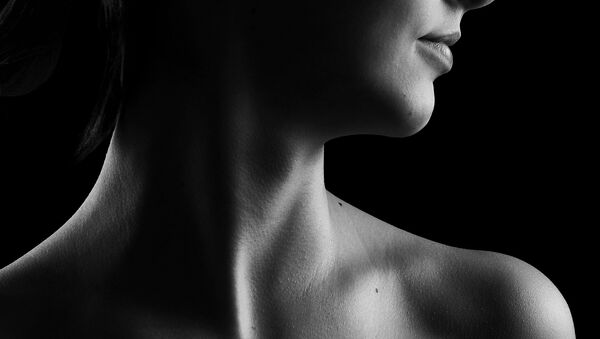 Researchers at the University of Rochester recently published a study in the Personality and Individual Differences journal revealing that smarter people are more likely to swear – and to walk around their house naked. Perhaps they even do it at the same time.

So if you're reading this while muttering bad words under your breath naked on the couch, well, don't feel so bad.

Researchers questioned 1,000 people about 400 typical behaviors to find what behaviors are associated with certain personality traits.

The questionnaire asked the volunteers to divulge how often they perform certain behaviors. The results revealed strong links between intelligence and swearing, eating spicy breakfasts and — lest we forget — walking around the house naked.

The study's findings also show that extroverts are more likely to tell dirty jokes, gamble, drive faster than 75 mph and drink all the (alcoholic) shots, while agreeable and kind people are more likely to sing their hearts out in the shower.

Another report published in the Language Science journal in November 2015 found that people who can name the most swear words in a minute are more likely to score higher on IQ tests than their pleasant friends, who presumably have never heard such naughty language.

Psychologists from the University of Keele have demonstrated that swearing has a natural pain relief effect. In their experiment, some participants were asked to curse before cycling vigorously or squeezing a device that measures hand grip strength. The results showed that those who cursed were able to perform the pain-inducing exercise better than those who didn't swear.

"A possible reason for this is that it stimulates the body's sympathetic nervous system — that's the system that makes your heart pound when you are in danger," Stephens explained.

According to a recent analysis for messaging software firm Liveperson, men are more likely than women to swear online. The survey screened 38 million live chats with US customers across 500 brands.