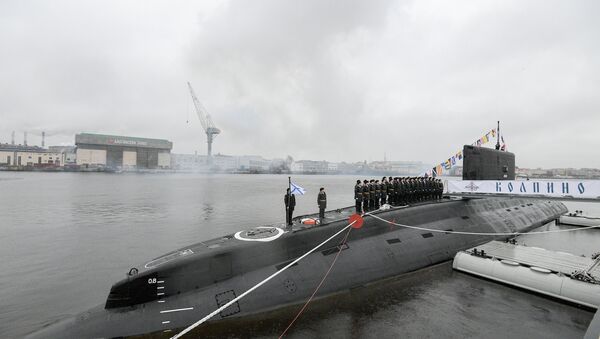 The Veliky Novgorod and the Kolpino Varshavyanka-class diesel-electric submarines with advanced stealth technology joined the Russian Black Sea Fleet in 2016.

Varshavyanka-class is an improved version of Kilo-class submarines, featuring elements of advanced stealth technology, extended combat range and the ability to strike land, surface and underwater targets. It is mainly intended for anti-ship and anti-submarine missions in relatively shallow waters.

The submarines, which can carry a crew of up to 52 people, have a top underwater speed of 20 knots (23 miles per hour), a cruising range of 400 miles (electric propulsion), with the ability to patrol for 45 days. The vessels are armed with 18 torpedoes and eight surface-to-air missiles.