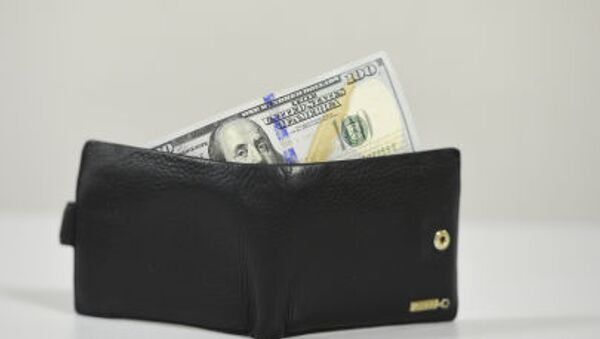 Bloated balance sheets of both the Federal Reserve and the US government, as well as the low efficiency of the national economy, are stirring concern about the Trump administration’s ability to tackle the serious challenges it faces – yet, the economists have their answers.

Kristian Rouz — As the world's central bankers, prominent economists, and policymakers continue their meeting in Jackson Hole, a heated debate has arisen concerning the fiscal stimulus policies, proposed by the Trump administration. As the current US business cycle draws to a close in 2018/2019, the downward pressure on the economy and its productive forces is mounting, and the possible effects of the proposed reforms are being subjected to  intensified scrutiny.

Recession Watch: Wall Street 'In Pre-Bubble Stage,' Bankers Warn
Despite "full employment" in the labor market, and a fairly sustainable economic growth of above 2 percent per year, the US economy is plagued by low productivity, stagnant wages, and structural imbalances. At the Jackson Hole meeting, researchers voiced their opinions on President Trump's economic agenda, including deregulation, greater budget spending and tax cuts, and their effects on  GDP growth, foreign trade balance and — ahead of the looming debt ceiling — the federal government's balance sheet.

Professors Alan Auerbach and Yuriy Gorodnichenko from the University of California, Berkeley, say that a fiscal stimulus could provide a boost to the economy on its supply-side, also helping reduce debt-to-GDP ratio by significantly bolstering output levels.

"Expansionary fiscal policies adopted when the economy is weak may not only stimulate output but also reduce debt-to-GDP ratios," Auerbach and Gorodnichenko say.

In a recession, Gorodnichenko and Auerbach say, expansionary fiscal policies provide enough of a boost to the GDP  to offset the pressure of increased governmental borrowing.

US Unlikely to Face Debt Ceiling Crisis in 2017 - Fitch
Their study contradicts the fiscal practices that most European countries implemented in the aftermath of the early 2010s debt crisis. Austerity policies, which became most prominent — and odious — in the UK in the recent years, were implemented in order to stave off  possible negative spill-overs from the ultra-low borrowing costs and overall loose monetary policies.

In light of this, the Trump administration is pushing the Federal Reserve to raise interest rates at a quicker pace, as a tighter monetary environment offsets the possible negative effects of looser fiscal policies, such as asset bubbles, or capital flight from Main Street to Wall Street.

In a separate study, Professor Menzie Chinn from the University of Wisconsin, Madison, said that the Trump administration will likely not be able or willing to reduce the US foreign debt, as, amongst other reasons, the Treasury notes' safe-haven status supports capital inflows in the US.

Global trade imbalances from the post-Great Recession recovery have produced significant amounts of savings in certain nations, including the manufacturers of consumer goods, and raw material exporters. The structure of the global financial market has ensured that the lion's share of this generated wealth is invested into safe haven assets, such as gold and German and US bonds.

The US has thus been the largest beneficiary of their own debt accumulation, however, President Trump's different approach to trade and global capital flows provides a new perspective.

"While the particular creditor economies might change over time, the US will tend to continue to run deficits larger than is explicable by other factors," Chinn said. Such factors include the approach to fiscal and monetary policies, as tighter monetary environment in the US is going to attract even more international capital than during the recovery years.

"That particular combination will likely lead to an exacerbation, rather than amelioration, of the U.S. current account deficit," Chinn added.

However, the Trump administration has managed to offload some $100 billion from its balance sheet in the first seven months of this year, mostly due to the expansion in  US exports and a changed approach to  tariffs policy. It is still unknown whether this pattern will prevail throughout the coming years, as the White House will need the money to finance its fiscal stimulus package.

UK Budget Watchdog Says as Brexit Looms, Major Recession 'Inevitable'
Meanwhile, Gorodnichenko and Auerbach say that expansionary fiscal policies — i.e., lower taxes and higher budget spending — only help at a recession or pre-recession stage. A fiscal stimulus implemented in a robust economy will have adverse effects on the debt-to-GDP ratio, they say, pushing the debt burden higher amid little, if any, positive effects on  economic growth.

That supports the view that higher interest rates, while hampering US economic expansion, would create the right environment for the Trump stimulus to commence, helping decrease the most destructive consequences of an economic downturn, and allowing it to realign the  productive forces on a more sustainable footing for manufacturing and construction rather than Wall Street profit-grabbing.