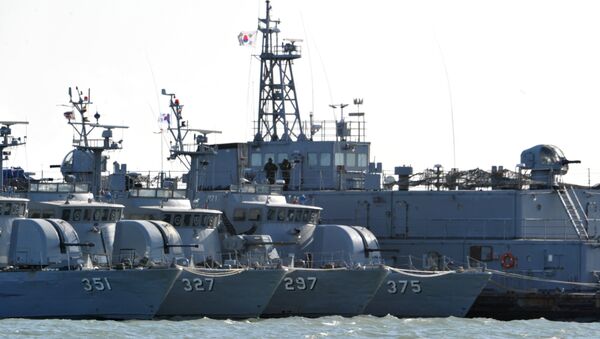 South Korea is reportedly contemplating the possibility of building a nuclear-powered submarine in light of Pyongyang's missile and nuclear tests.

MOSCOW (Sputnik) — South Korea has begun reviewing a plan for the construction of a nuclear-powered submarine amid continuing tensions in the region due to Pyongyang's missile and nuclear tests, local media reported on Sunday.

The South Korean Navy has asked a private institute to look into the possibilities for lifting international restrictions on building this kind of submarine, Yonhap news agency reported, citing sources.

The results of the research are reportedly expected to appear by the end of the year.

The situation in the region has been tense, as Pyngyang has continued its missile and nuclear tests, despite sanctions and the protests of the international community.