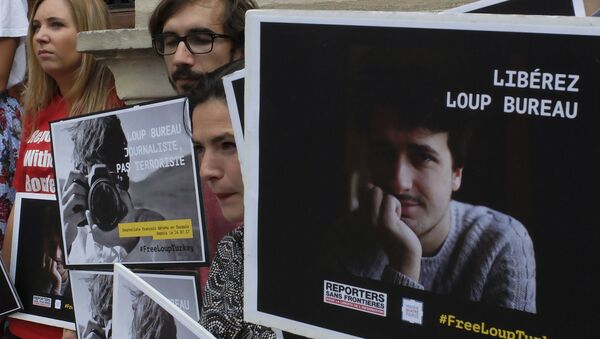 "The president of the Republic held telephone talks today with the Turkish president to discuss in particular the situation of Loup Bureau, a journalism student detained in Turkey. He [Macron] demanded… his rapid release and his return to France," the statement read, adding that the two presidents agreed to uphold contacts to reach a positive outcome in the matter as soon as possible.

Ankara Refuses to Release Detained French Journalist
According to the statement, Macron and Erdogan also discussed the fight against terrorism as well as the situation in Syria and Iraq.

Bureau was detained in southeastern Turkey's Sirnak province on his way to northern Iraq in early August before being charged of allegedly supporting terrorist organization.