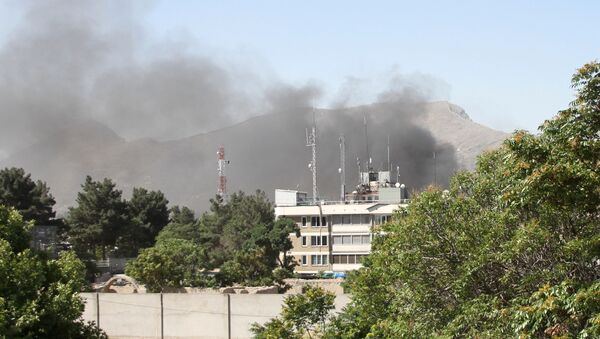 The NATO strikes in Kandahar's Shah Walikot district on Thursday came in response to previous attacks on security forces' checkpoints, according to the Afghan news agency Pajhwok.

At Least 16 Civilians Killed in Foreign Forces' Airstrike in East Afghanistan
It was the second heaviest airstrike carried out by foreign forces since the announcement of NATO's new mission in Afghanistan, the outlet said.

The United States and its allies launched a military operation in Afghanistan in 2001 in the wake of the 9/11 terror attacks. The mission in Afghanistan ended in 2014. In January 2015, NATO announced its new mission in the country, called Resolute Support, to train and assist the Afghan security forces in their operations to combat terrorism in Afghanistan.