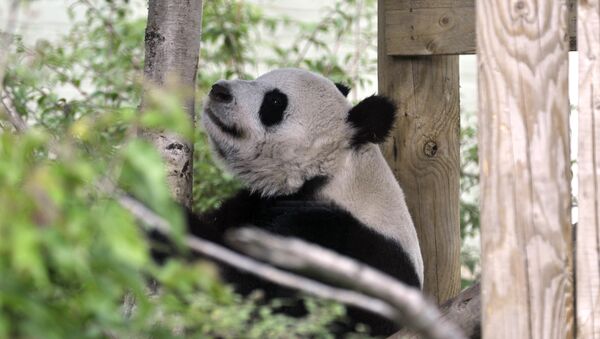 All births tend to be a joyous, special occasion as that wonderful miracle of nature unfolds. However one, in particular, now has a whole nation literally on tenterhooks as it promises to make history - albeit at a hefty price!

After several false alarms, Tian Tian, the only female giant panda in Britain, is thought to be heavily pregnant — with some even suggesting the happy event could take place at Edinburgh Zoo Friday, 25 August.

Assuming all goes according to plan, it will be the first time a giant panda has been born in the UK — much to the relief of conservationists. 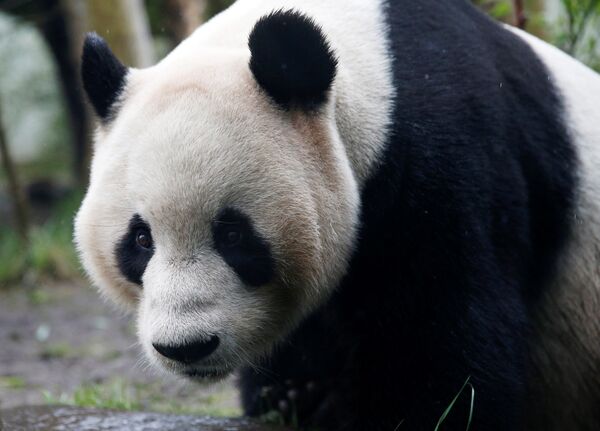 Yet some are not so sure given the massive price tag involved in bringing her to Scotland in the first place, with some critics labeling it the most expensive birth in the world!

Tian Tian, whose name means "sweetie" in her native China, came to Scotland in 2011 with male, Yang Guang, as part of a US$3.3 billion (£2.6 billion) trade deal between China, UK and Scottish governments.

Naturally the Scottish government has been keen to see a return on its investment, most notably the arrival of a cub — although any born must be returned to China within 24 months.

News of a possible impending birth only emerged after a Freedom of Information request surrounding emails exchanged last month between the Scottish government and the zoo.

"TT doing real well. As things are at the moment, she seems on track but I have shifted possible birth date to around 25th August. Will be able to be a bit more precise in a week's time," Iain Valentine, director of giant pandas at Edinburgh Zoo wrote in one email.

Within hours of the news filtering out from her home at Edinburgh Zoo, it was already panda-monium as an army of press photographers and television crews descended on Scotland's capital city to await the pitter-patter sound of tiny paws.

They could have a long, excruciating wait as conservationists stressed that while the due date has been given as August 25 the panda breeding season runs until late September.

Nevertheless it has done little to quell the excitement and anticipation among the thousands of tourists visiting the popular attraction — some even pacing up and down like an expectant father!

Zoo officials remain understandably cautious, however, having witnessed this all before. A spokeswoman for the Royal Zoological Society of Scotland explaining the breeding process is a "very complicated process."

"Although a specific date was suggested, like all babies, it's hard to predict precisely as the panda breeding season can last until late September. Tian Tian is being closely monitored by our expert team and we will be the first to share any news as soon as we can," the spokeswoman said.

Giving birth will be nothing new to the giant panda, having already reared twins in China before her switch to Britain.

Initial plans to allow the pandas to mate naturally quickly fizzled out, forcing the conservation experts to consider other options.

Despite four previous rounds of artificial insemination, all proved fruitless despite much optimism last year.

However a reproductive trait in pandas can often result in the foetus being re-absorbed in the early stages.

This time Tian Tian appears to be past that precarious stage of the cycle and in good health.

With the mother now removed from public view, the waiting game begins with zoo experts monitoring all developments around the clock.

Not everyone is delighted at the prospect of a baby cub arriving.

"This poor panda cub will never be introduced to the wild and will only ever know a life in captivity," said animal rights campaigners OneKind.

OneKind's response to the news that giant panda Tian Tian is due to give birth at Edinburgh Zoo. pic.twitter.com/FEgGwD8wYk

​"To make matters worse, to produce a cub, Tian Tian has been subjected to repeated invasive procedures since coming to Edinburgh."

The critics accused those involved of not having the interest of the pandas or conservation at hear, instead being driven purely by the pursuit of press coverage and gate fees.