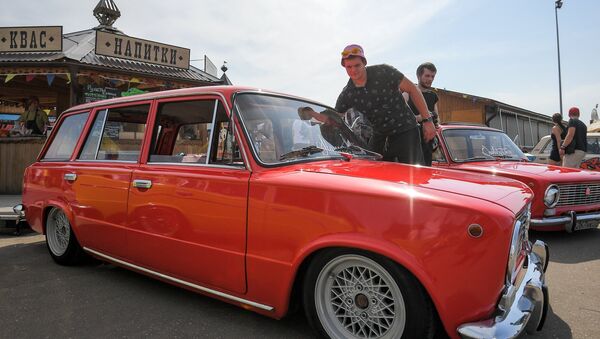 For many years, the domestic Russian car industry has been the butt of a lot of jokes. Recently, however, a growing group of enthusiasts has taken up an interesting hobby: taking old broken down Soviet and Russian Ladas, Volgas and Moskvitchs and turning them into works of automotive art.

RIA Novosti's staff writers decided to take a look at this popular phenomenon, and what motivates enthusiasts to sink thousands of dollars and hundreds of hours into their creations.

While many outside observers refer to automotive styling and performance modifications simply as 'tuning', professionals often separate the concepts of 'tuning' from 'styling'. In tuning, changes are made to improve horsepower, engine efficiency, brakes, suspension, etc. In styling, only the appearance of the vehicle is changed. Admittedly, this separation is often somewhat arbitrary, and both tuning and styling often go hand in hand.

At the second annual Zhi-Fest ('Zhi' as in Zhiguli, the legendary Soviet and Russian car brand) in the village of Orlovo outside Moscow last weekend, enthusiasts showed off their creations. Modders brought out dozens of Zhigulis of various years and models, plus a handful of other domestic car brands, all with varying styling and performance changes. 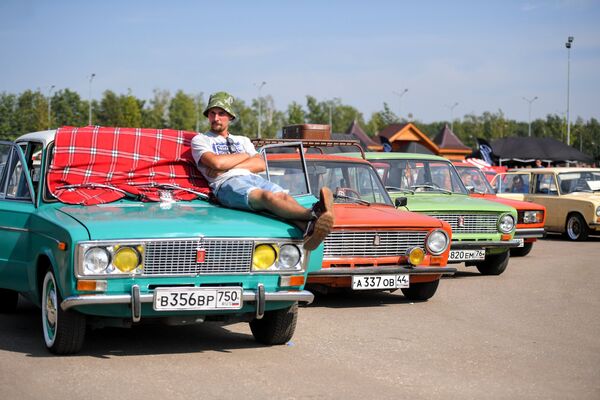 Some opted to show off well-preserved cars, which looked like they might have when they first rolled off the assembly line in the 70s or 80s. Others opted to make major tuning or styling changes, turning cars into a work of automotive art, or akin to something that would fit in well in a Mad Max movie. 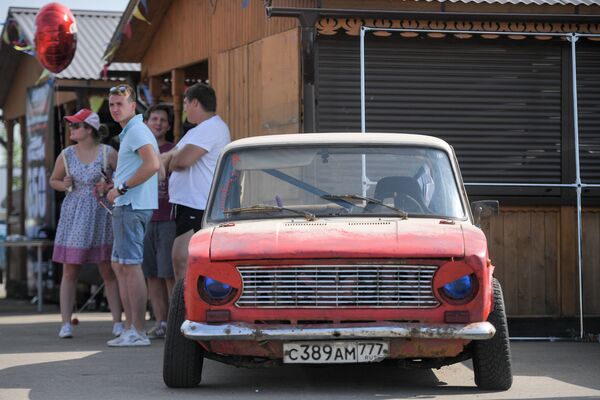 The show included a 'best of show' competition, alongside with an appropriately named 'Zhiguli Against All' drift battle for the tuners. 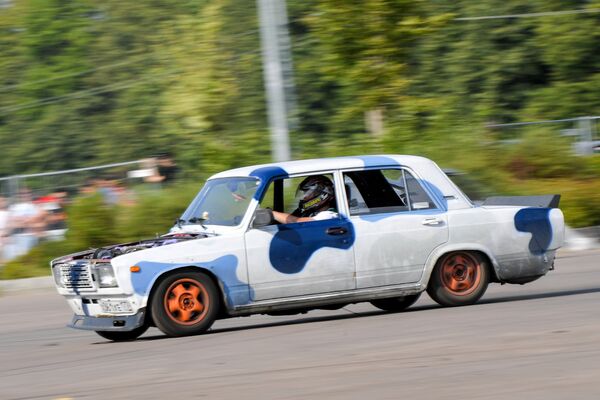 As RIA Novosti explained, "this sort of hobby is quite expensive; moreover, the car to be tuned is often the least expensive part of the project. Significantly more is spent on new parts, sometimes custom-made specifically for the car, and the work itself. The experts say that there is practically no limit to the cost; the desire and capability of the owner is the only limit. After all, one can put a Ferrari engine in a Zhiguli, and deck out the body with gold plating." 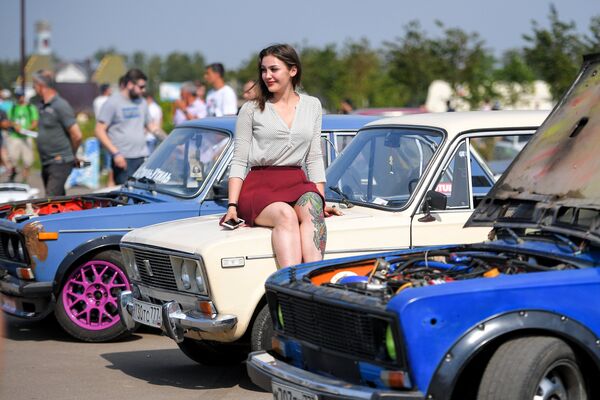 Alexander Evlanov, one of the participants at Zhi-Fest, came to the show in his 1986 VAZ-2017. The car itself cost him 30,000 rubles (about $500); new parts and a paint job cost another 35,000 (close to $600). The enthusiast independently replaced the engine and suspension, put in a shortened pitman arm, and modded the steering lock to allow for greater freedom of wheel rotation. 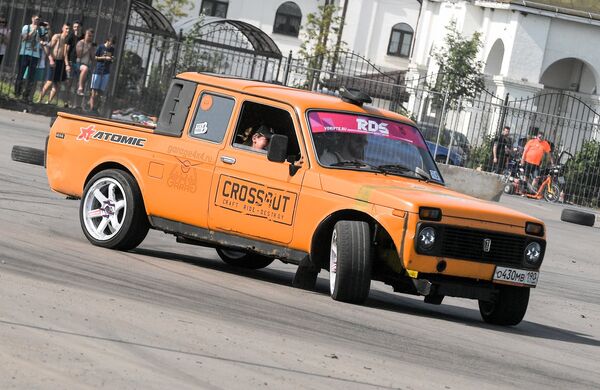 Nikolai Kochergin, another participant at the show, says he modded the car almost beyond recognition, changing out close to 90% of its components since he purchased it four years ago. He bought his 2008 VAZ-2105 for 75,000 rubles ($1,250), and in the last year alone spent over 40,000 ($675) on upgrades to the car. The modder almost completely changed the suspension, made significant changes to the car's exterior and interior, and made painstaking changes to the roof.

"I cut out and glued each 5x5 cm square myself," Nikolai said, referring to the checkered black and white chessboard pattern on the roof of his Zhiguli. "The main idea is that anyone could create something similar themselves. It doesn't cost a lot of money," he added. 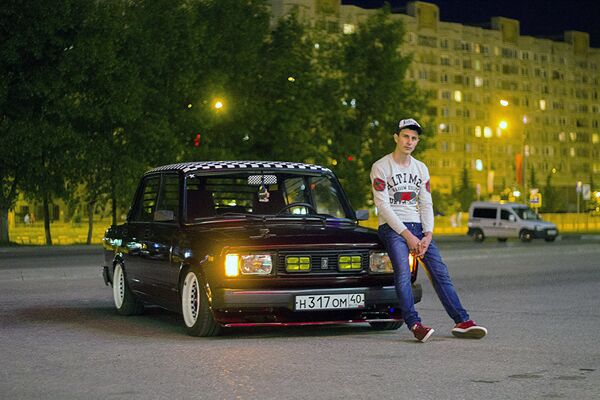 Asked what drives him to pursue this hobby, the enthusiast shrugged his shoulders. "I don't know – I've had an interest in this sort of thing since childhood. I even 'tuned out' my first bicycle down to the last detail. Then I got involved with motorbikes. Now it's cars. This is already my fourth." 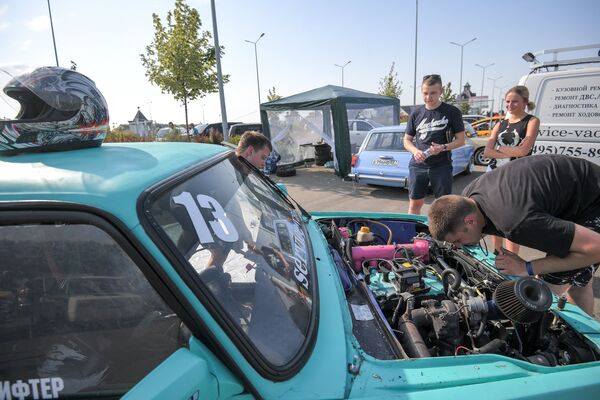 Second Russian nationwide Zhiguli car festival, Zhi-Fest
© Sputnik / Eugene Odinokov
/
Go to the photo bank
Newsfeed
0
Access to the chat has been blocked for violating the rules . You will be able to participate again through:∞. If you do not agree with the blocking, please use the feedback form
The discussion is closed. You can participate in the discussion within 24 hours after the publication of the article.
To participate in the discussion
log in or register
loader
Chats
Заголовок открываемого материала