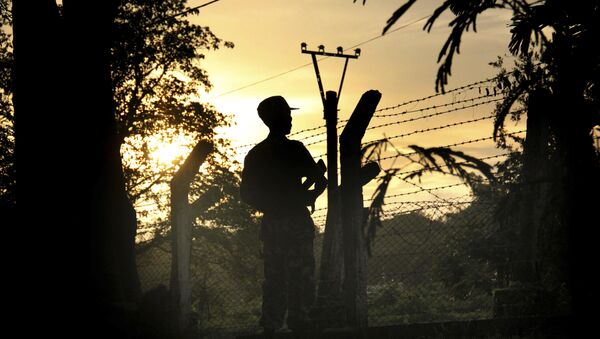 The number of police officers and civil staff killed in the recent attacks targeting police stations and outposts in Myanmar has reached 12, while the number of killed attackers is estimated at 59, the press service of the country's State Counsellor Office said in a Friday statement.

MOSCOW (Sputnik) – Earlier in the day, groups of militants carried out a series of simultaneous attacks against Myanmar police in the western state of Rakhine. According to previous estimates by the State Counsellor Office, at least eight police officers, one immigration service worker, and 16 attackers were killed.

The Unwanted: Indian Government Threatens to Deport Rohingya Refugees to Myanmar
According to the statement, 11 people were injured in the attacks, including three who suffered severe injuries.

Rakhine is a site of frequent clashes between Myanmar's Muslims and Buddhists. The conflict that started about a century ago had gradually escalated since 2011 before hitting its peak in 2012, when thousands of Muslim families sought asylum in the special refugee camps on the country's territory or fled to Bangladesh.