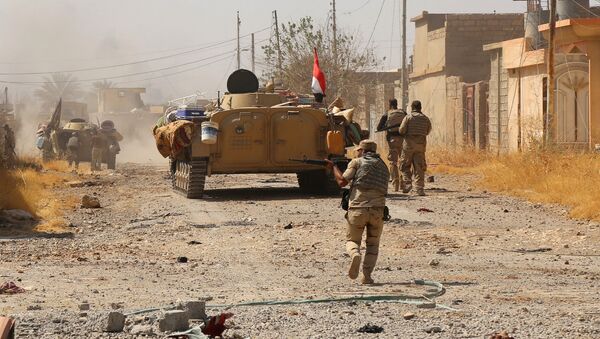 © REUTERS / Stringer
Subscribe
International
India
Africa
Ahmad Asadi, spokesman for Iraq's Shia Hashd Shaabi militia, said that The Iraqi armed forces reached the area around the citadel in the center of the city of Tal Afar.

Iraqi Troops Retake Over 50% of Daesh-Controlled Tal Afar
On Thursday, Iraqi army spokesman Yahya Rasul said that the Iraqi army has killed over 300 militants of the the Daesh (a terrorist group, outlawed in Russia) and liberated 31 districts of Tal Afar since the start of the operation to regain control over the city.

"Our troops reached the area around the citadel. It is a matter of few days now — Tal Afar will be fully liberated by Eid al-Adha [a Muslim holiday, celebrated on September 1 this year]," Asadi said.

"The distance between troops in the west and east of the city is nearly two kilometers [1.2 miles]," Asadi said.