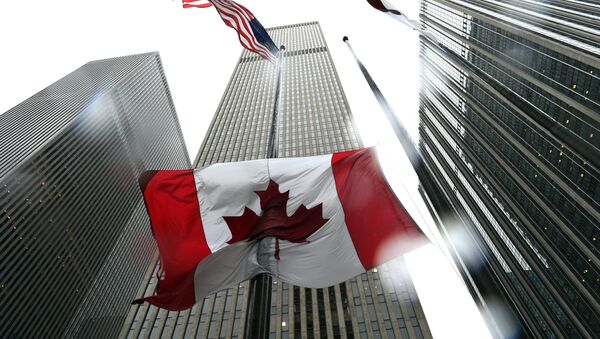 Attention Canadians! By the end of the month, you'll have the opportunity to ditch the traditional norm of identifying as male or female on passports and other government documents.

Announced Thursday, Canada will be introducing "X" as a third gender option for its citizens in an effort to "protect Canadians in their right to the gender identity of their choice, and freedom of gender expression," according to a statement from Immigration, Refugees and Citizenship Canada (IRCC).

"By introducing an ‘X' gender designation in our government-issued documents, we are taking an important step towards advancing equality for all Canadians regardless of gender identity or expression," Ahmed Hussen, minister of IRCC, said in a statement.

Starting August 31, IRCC will launch an interim measure allowing residents to add an "observation" to passports that indicate their gender is "unspecified" until the government can print documents with the "X" option, CBC reported.

Wake Up and Smell the Passport! Special Sniffers to Aid Finnish Border Guard
Though it's unclear what exact measures the government will take until documents are revised, Canada isn't alone.

"The government of Canada is now formally recognizing non-binary people, and that's a really beautiful moment for our visibility in this country," Joshua Ferguson, who's advocated for gender neutral birth certificates in Ontario, told The Globe and Mail. "You can't discount how much these types of moments work to challenge the transphobia that we face on a daily basis."

Canada's latest move follows the nation's approval of Bill C-16, which makes it illegal for anyone to be discriminated against on grounds of sexual orientation or gender identity.