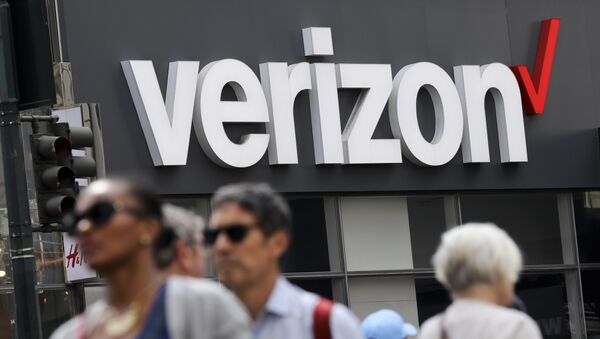 In the first six month of 2017, Verizon has received a total of 138,773 requests from the US federal government - subpoenas, orders, warrants and emergency requests - versus 129,249 demands in the second half of 2016, according to the company's report.

Personal Data From Millions of Verizon Telecom Customers Exposed in Breach
WASHINGTON (Sputnik) — Requests for release of internet provider Verizon customers’ cell phone location information by the US federal government have increased in the first half of 2017, the company said in its transparency report.

"The vast majority of these various types of demands relate to our consumer customers; we receive relatively few demands regarding our enterprise customers," the report said. "We do not release customer information unless authorized by law."

US Telecom Verizon Workers Strike in Contract Dispute
From January to July 2017, Verizon received 68,237 subpoenas seeking information regarding 116,521 information points, such as a telephone number, which are used to identify a customer, the report noted.

The number of warrants in the second half of 2016 were slightly lower, while wiretap and trap and trace orders increased in 2017, the report said.

To obtain a warrant, police must prove the information sought could be related to a crime, the report added.