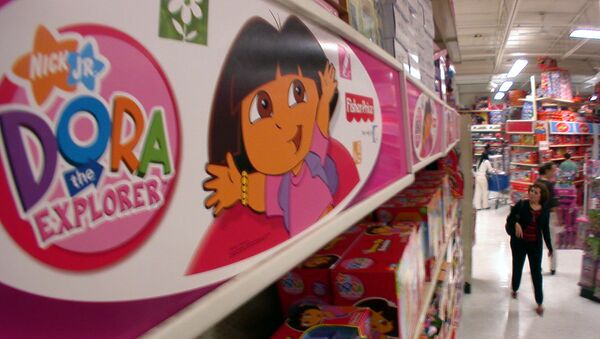 No Thanks: Iconic Simpsons Cartoon Turned Down Trump’s Offer to Guest Star
Though Nickelodeon planned to give fans the chance to "interact with the brand and the iconic characters they love," including SpongeBob SquarePants and Dora the Explorer, things took a turn for the worse after an online petition calling to scrap the project gained more than 260,000 signatures.

Critics said the planned Palawan island resort would have damaged what they call the "last ecological frontier," a world-famous marine ecosystem which houses one of the most diverse coastlines in Southeast Asia.

Viacom International Media Networks, which owns Nickelodeon, revealed in a statement on Wednesday that after first announcing its plans in January it would "no longer be involved with this proposed development."

The statement added that the resort, set to feature restaurants and lounges 20 feet below sea level, was "mutually agreed" upon with Coral World Park, its Philippine partner.

"We commend Viacom for heeding the call of more than 200,000 online petitioners and the offline community campaign," Vince Cinches, a campaigner of Greenpeace Southeast Asia-Philippines, told AFP. "They were able to dodge the bullet that has a huge reputational backlash for Nickelodeon, which has been claiming it is children oriented."

"Let this be a warning to big companies that environmentally destructive projects, such as the proposed undersea attraction, will never be welcome in Palawan, and in any other islands in the Philippines," Cinches urged in a press release.