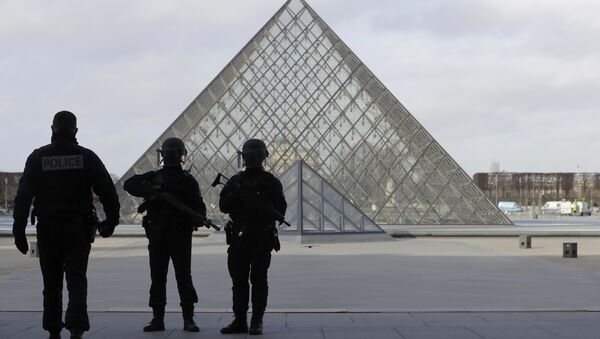 French Prime Minister Edouard Philippe stated that, country will increase its military budget for 2018 by 1.6 billion euros ($1.8 billion) due to the high terrorism threat level.

MOSCOW (Sputnik) – France will increase its military budget for 2018 by 1.6 billion euros ($1.8 billion) due to the high terrorism threat level and in the wake of recent terrorist attacks in Spain, French Prime Minister Edouard Philippe said Thursday.

"We must work in all possible ways to the highest level of protection for French citizens… The president of the Republic said that the Armed Forces' budget will be increased by 1.6 billion euros next year and the same will continue in the subsequent years," Philippe said in the air of the BFMTV broadcaster.

The level of terrorist threat remains high, Philippe stated, adding that the authorities are going to take three major steps to protect the population.

"The second thing that we must have is the mobilization of security forces within our national territory in order to ensure increased security… It is also necessary that all French people… understand that this struggle is collective. And not only the French army in general and security and police officers in particular, who must constantly be vigilant," the prime minister explained.

Tourist Flow to France Restores After Decline in Wake of Terrorist Attacks
According to Philippe, France is continuing an investigation connected with reports that a few days before the attacks in Spain, terrorists traveled to the capital region and made purchases in Paris. However, the prime minister refused to comment on reports that the terrorists planned to carry out attacks in France and the Paris region, in order not to harm the course of the investigation.

Last week, Barcelona and Cambrils in the Spanish autonomous community of Catalonia faced two van ramming attacks, which together killed 15 people and left more than 130 injured. The Daesh (terrorist group outlawed in Russia) has claimed responsibility for the Barcelona attack.

According to the Mossos d'Esquadra, the Catalan police, a 12-person cell was behind the terror attacks. Four suspects have been arrested and five others were killed after the Cambrils attack. Two more attackers allegedly died in an explosion in the Catalan town of Alcanar a day before the attack, where the terrorists had been preparing explosives. On Monday, the police confirmed they had killed Younes Abouyaaquob, the suspected perpetrator of the terrorist attack in Barcelona.