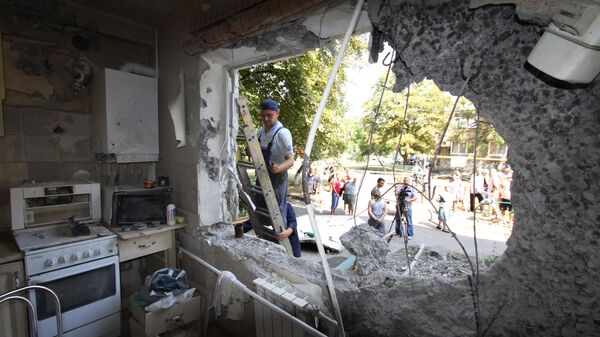 "We call on the parties to the conflict to make every effort to do this, and hope that the ceasefire will be respected more effectively," he said.

Russia, France, Germany and Ukraine have expressed support for a ceasefire in eastern Ukraine timed ahead of the academic year, a German government spokesman said after four-level phone talks late Tuesday.

Ukraine: New US 'Buffer Zone' Against Russia
The military conflict in Donbass started in 2014 after a coup in the country's capital city of Kiev. The new authorities launched a military operation after the self-proclaimed Donetsk People’s Republic (DPR) and Luhansk People’s Republic (LPR) refused to recognize them as a legitimate government.

In February 2015, the parties to the Ukrainian conflict signed the Minsk peace accords to end the fighting in the crisis-affected region. Under the agreement, the conflicting parties have to introduce safe zones to stop violence and pave way for a diplomatic reconciliation. Nevertheless, sporadic armed conflicts keep reoccurring in the region.