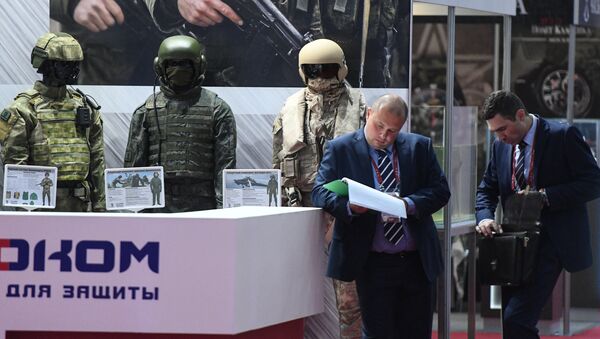 © Sputnik / Grigoriy Sisoev
/
Go to the mediabank
Subscribe
International
India
Africa
The Russian industry is taking steps toward preparing for the serial production of a so-called invisibility cloak for the country's Defense and Interior Ministries, a spokesperson for the Advanced Research Fund (FPI) told Sputnik on Wednesday.

KUBINKA (Russia), (Sputnik) — In February, Andrei Grigoriev, FPI's head, told Sputnik that the fund had developed a membrane-based technology that would allow clothes produced with its use to protect people from viruses and make them less visible. The official added that the Russian technology exceeded its foreign equivalents.

"The preparations for the serial production are ongoing. In cooperation with our industry partners, we have produced prototypes of suits for the Defense Ministry and for the Interior Ministry," the spokesperson said, adding that after certain tests the "invisibility cloak" would be ready for mass production.

Science & Tech
Russian Scientists Create Futuristic ‘Invisibility Cloak’ for the Army
The official added that several batches of membranes had already been created for the needs of the textile industry.

According to the fund, the technology could also be used to produce equipment for polar explorers or people practicing extreme sports.

The Advanced Research Fund has been founded at the hands of President Putin. It is aimed at informing the country’s leadership on projects that can ensure Russian superiority in defense technology.